NO WAY! See The Surprising Thing Davido And Chioma Did When Burna Boy Was Performing On Stage At Coachella 2019 (Video)

Last weekend was definitely one for the books for Nigerian music and Afrobeats in general as two of Nigerian music giants, Burna Boy and Mr Eazi took to the stage at Coachella 2019 to express Nigerian and African music in the most brilliant fashion. And to top it all, another music giant, Davido couldn’t hide his excitement and respect for the performance that was held in one of the most famous and profitable music festivals in the United States and all over the world.

The Coachella Valley Music and Arts Festival is an annual music and arts festival held at the Empire Polo club in Indio, California. While both artistes, did great on stage, the person who drew the most reactions was Burna Boy as he is currently the rave of the moment in Nigerian music and more so because of his attire at the festival. While people were reacting to the “African Giant’s” performance, Davido and his girlfriend Chioma also expressed their awe for the performance of Burna as they were truly thrilled. Watch their reactions below:

On Saturday, April 13, 2019, Burna Boy performed after Ariana Grande, Khalid, Bad Bunny and Pusha T in the early hours of Monday, April 15, 2019 and it was streamed live on the Coachella YouTube page. 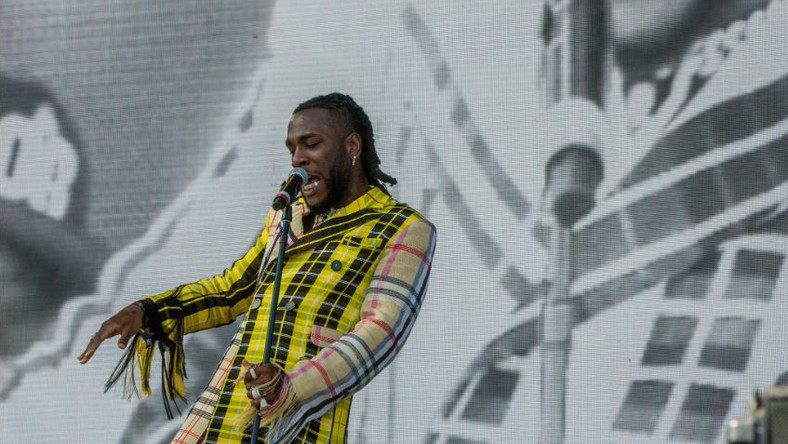 Like Eazi, who was also subject toa YouTube artist spotlight, Burna was backed up by a live band and a selection of male and female dancers. He was also dressed in a yellow multicolored, customizable Kenneth Ize trench coat and white trousers, presumably styled by his sister, Ronami Ogulu.

On the other hand, Afropop sensation, Tosin Ajibade aka Mr Eazi had the crowd swaying to his debut performance at Coachella on Saturday night. The ‘I surrender’ singer thrilled the audience with medleys of his hits beginning with ‘Skin Tight’ which they gleefully sang along. Mr Eazi energetically jumped around the beautifully designed set which housed a life sized bus with Lagos to London (the name and art of his newest album) inscribed on it.

Wanna say a Huge thank you to my Fans, Team, Dancers, Band & everyone that made today possible. Its been a lovely musical Journey from my 1st Headline show to Coachella. Thank You God for keeping things Running Smoothly pic.twitter.com/noapOtRcgJ

Backed up by a live band and a selection of male and female dancers at the event, Eazi was filled with boundless energy as he performed songs like 2016 smash hit, ‘Skin Tight, ‘Akwaaba’(which he made alongside Guiltybeatz, Patapaa and Pappy Kojoo), ‘London Town,’ ‘Leg Over,’ the Afro-house ‘ShaSha Ku Shasha’ (which he made with Destruction Boyz) and so forth. The ‘Life Is Eazi’ series creator was dressed in patterned white trousers, a blue top and sunglasses as he thrilled the multicultural crowd. Even the Caucasians had no choice but move their bodies. You can watch the performance below;