Top 20 Richest Nigerian Actresses & Their Net Worth – No.1 Is A BILLIONAIRE!! (Pictures)

Nollywood impresses everyone, the industry is quickly growing, and these days our country has one of the world’s top film production industry by volume. Of course, the stars are paid a lot, both men and women.

It is time to discover the top 20 richest Nigerian actress of 2018. These ladies are not just gorgeous but also financially independent.

Nollywood is believed to make billions of U.S. dollars every year, and its top Nigerian actresses make a good fortune for every role they play. Some ladies are luckier than others in terms of their financial checks, and the most fortunate are also the most popular and influential.

Below you will find a list of top 20 richest Nigerian female actress compiled by Legit.ng , and are loved by millions of our countrymen. Our ranking uses public data shared by different sources online. You will learn not just the names of Nollywood stars who are rich but also discover their net worth.

We have a particular order in our selection of the wealthiest Nollywood female actresses. The richest star is the first one followed by others in descending order. 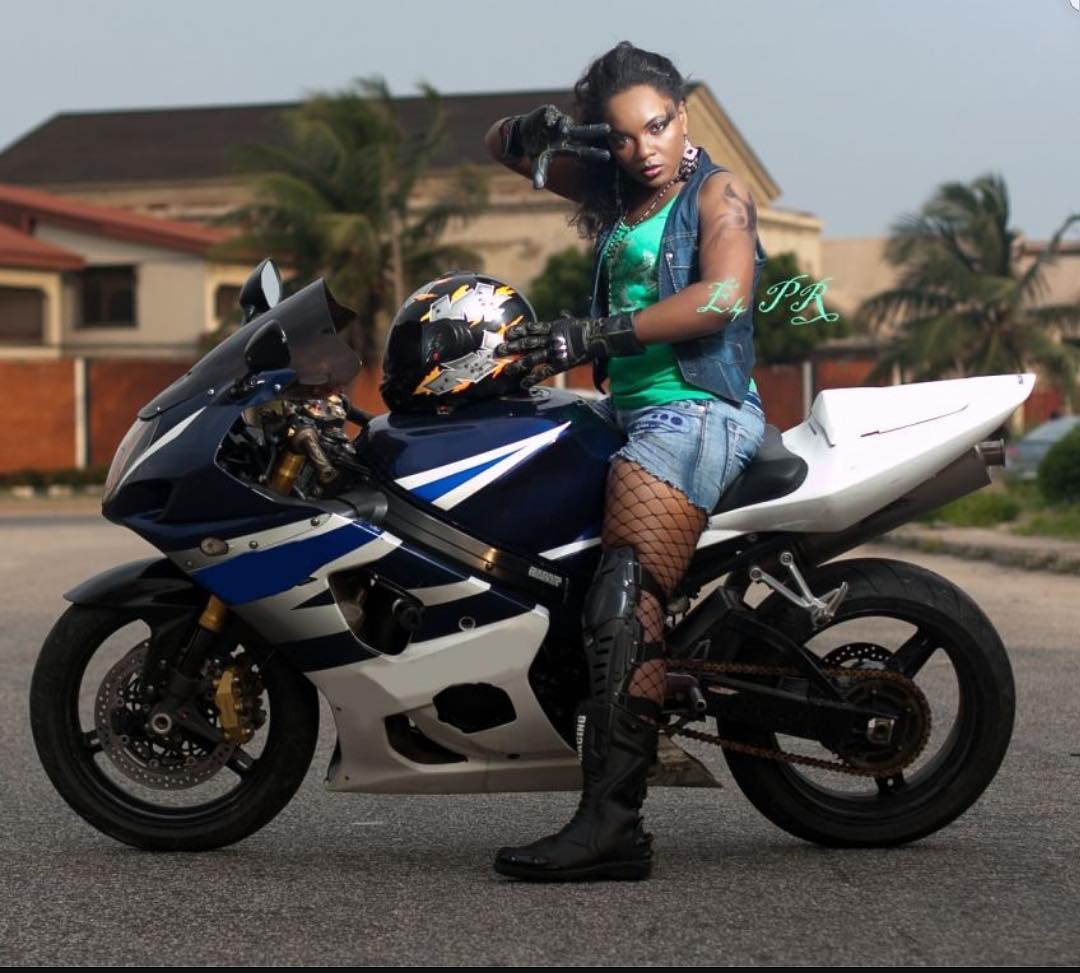 If you like romantic films and ‘innocent’ ladies, watch movies featuring Chioma Chukwuka. Some of her fans even call her ‘Nollywood unspoiled’ because of the lovely characters she has to play. Well, innocent roles can make you extremely rich these days.

According to 360dopes.com, one of the top 20 richest actresses in Nigeria 2018 boasts a fantastic net worth of about 2 million U.S. dollars. 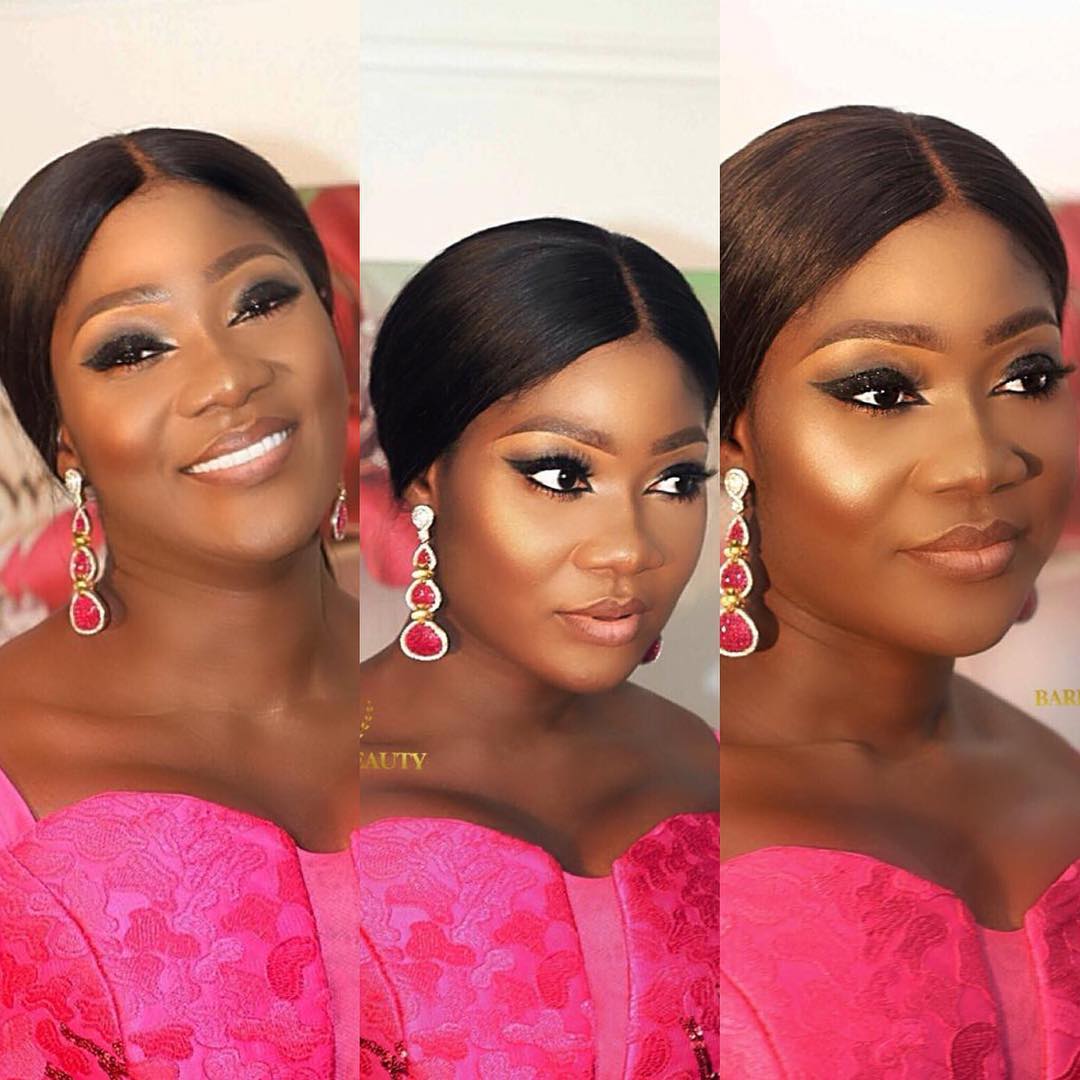 No one could ever foretell that ‘The Maid’ would become the start of Mercy Johnson’s impressive career. This film made her famous, wealthy, and influential. There are rumors that this beautiful lady is paid at least 2 million Naira per each role she plays. We don’t know if this is true, but her wealth does impress.

Mercy Johnson’s net worth has reached over 1.65 million U.S. dollars or 600 million Naira.

One of the top Nigerian actresses, Omotola Jalade, is extremely popular on social networks. For example, her Instagram account has more than 3.3 million followers. The actress is good at acting and has other exciting talents such as modeling and singing. She influences many Nigerians, and she is a proud owner of many awards for her outstanding roles.

The net worth of Omotola Jalade is approximately 1.5 million U.S. dollars or about 550 million Naira. 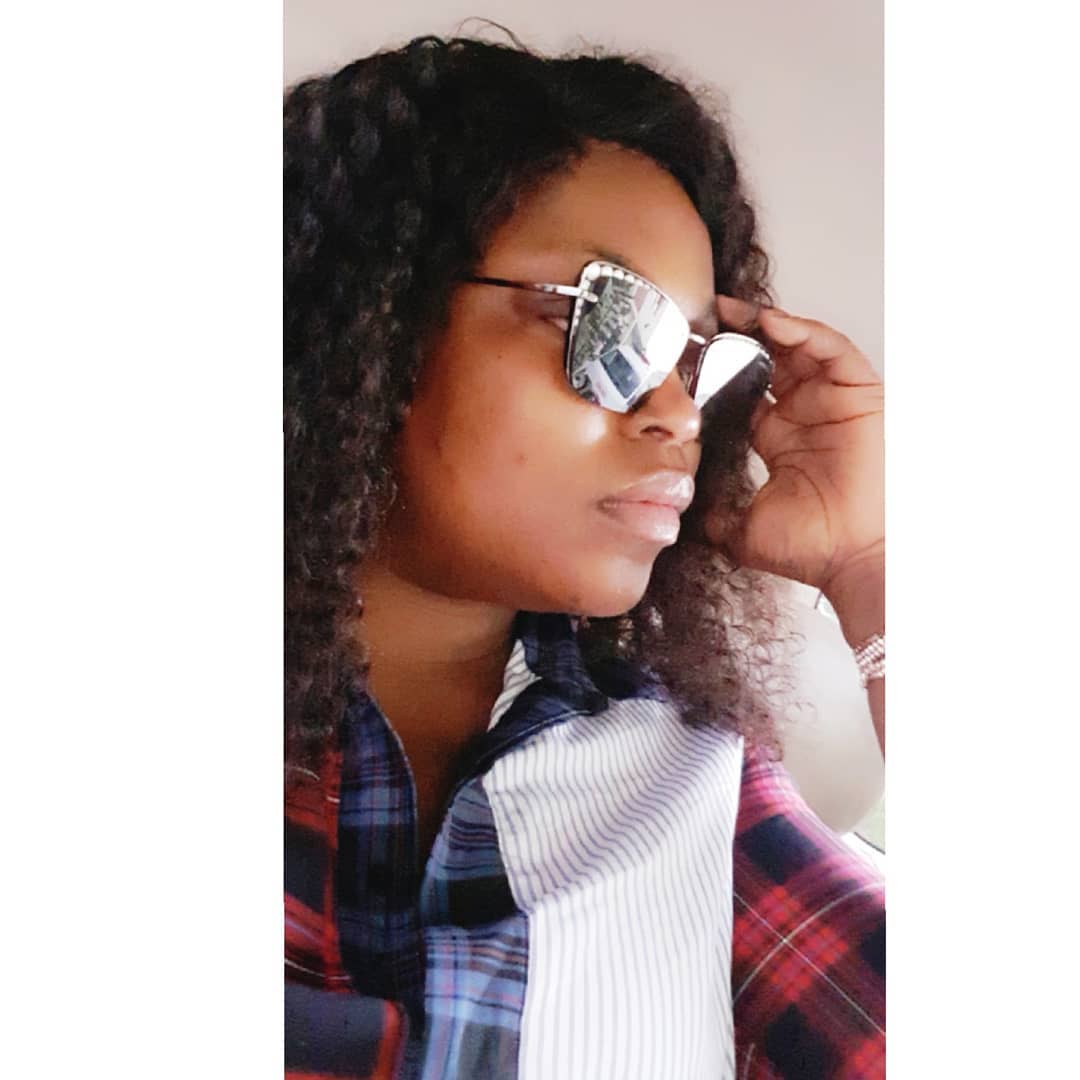 This beautiful actress has more than 6.5 million followers on her Instagram account, which makes her one of the most followed and influential female persons in Nigeria. Each of her roles is amazing. For many movies, Funke Akindele has received awards not just within our country but all across Africa. If you wish to enjoy her acting, watch ‘Jenifa’s Diary’ television series.

Her net worth is about 1.4 million U.S. dollars or 510 million Naira. She is one of the highest paid Nollywood stars as well. 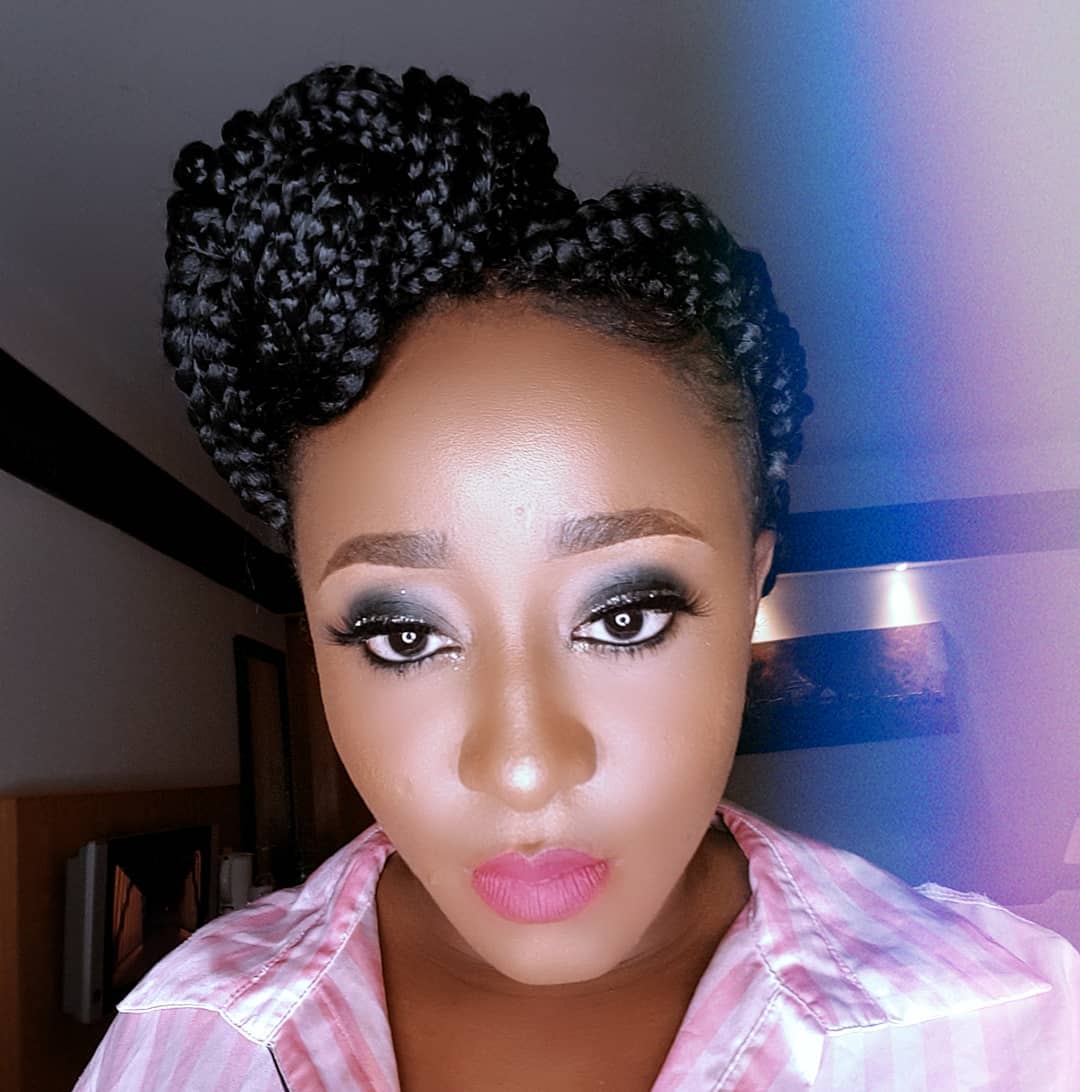 Hot and beautiful, this actress has been starring in a significant number of Nollywood films. She runs her businesses and earns enough money to be one of the top 20 richest female actress in Nigeria in 2018. Besides all these occupations, she is also a producer and movie director. 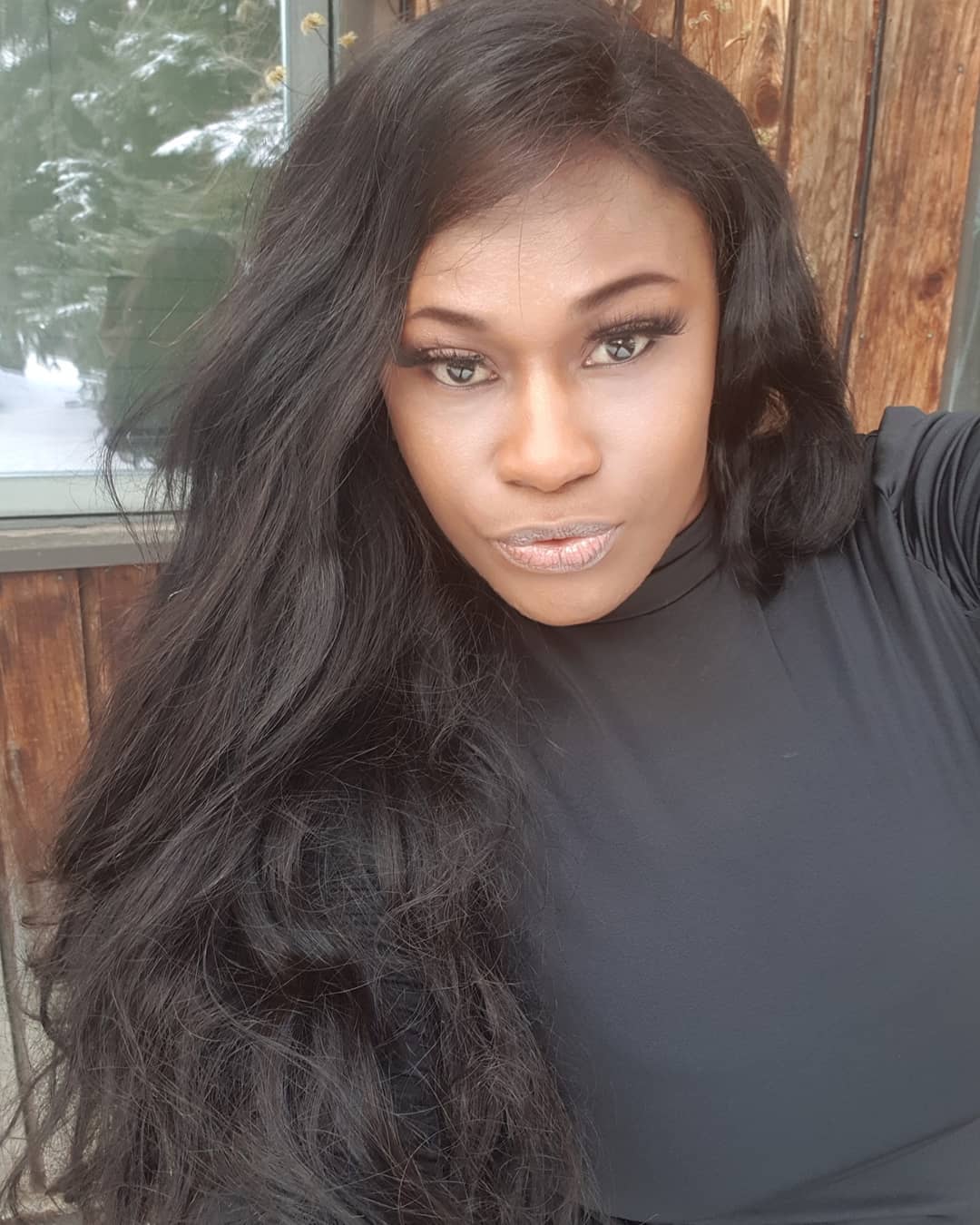 Various sources estimate Uche Jombo’s net worth differently. For example, dailyadvent.com estimates the net worth of Uche to be above 836,000 U.S. dollars and is keep growing, while 360dopes.com informs us that the actress has a wealth of about 1 million U.S. dollars or 370 million Naira. 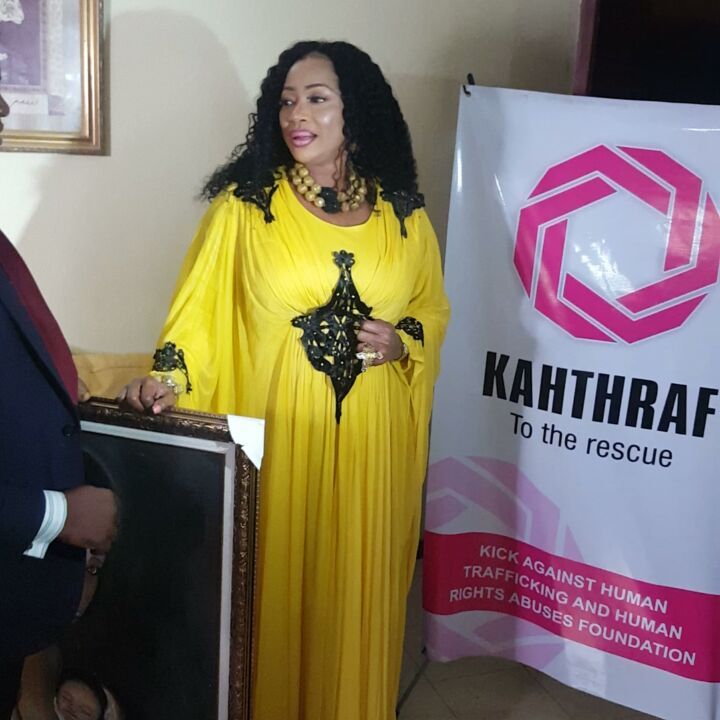 The winner of multiple Best Actress awards and many other prestigious titles, Clarion Chukwura, is one of the top 20 richest Nigerian actresses in 2018. She is the star of so many films that is it hard to count them all. You can enjoy her playing in the ‘Egg of Life,’ ‘Farewell to Babylon,’ ‘Abuja Connection,’ ‘Apaye’ and many other titles. 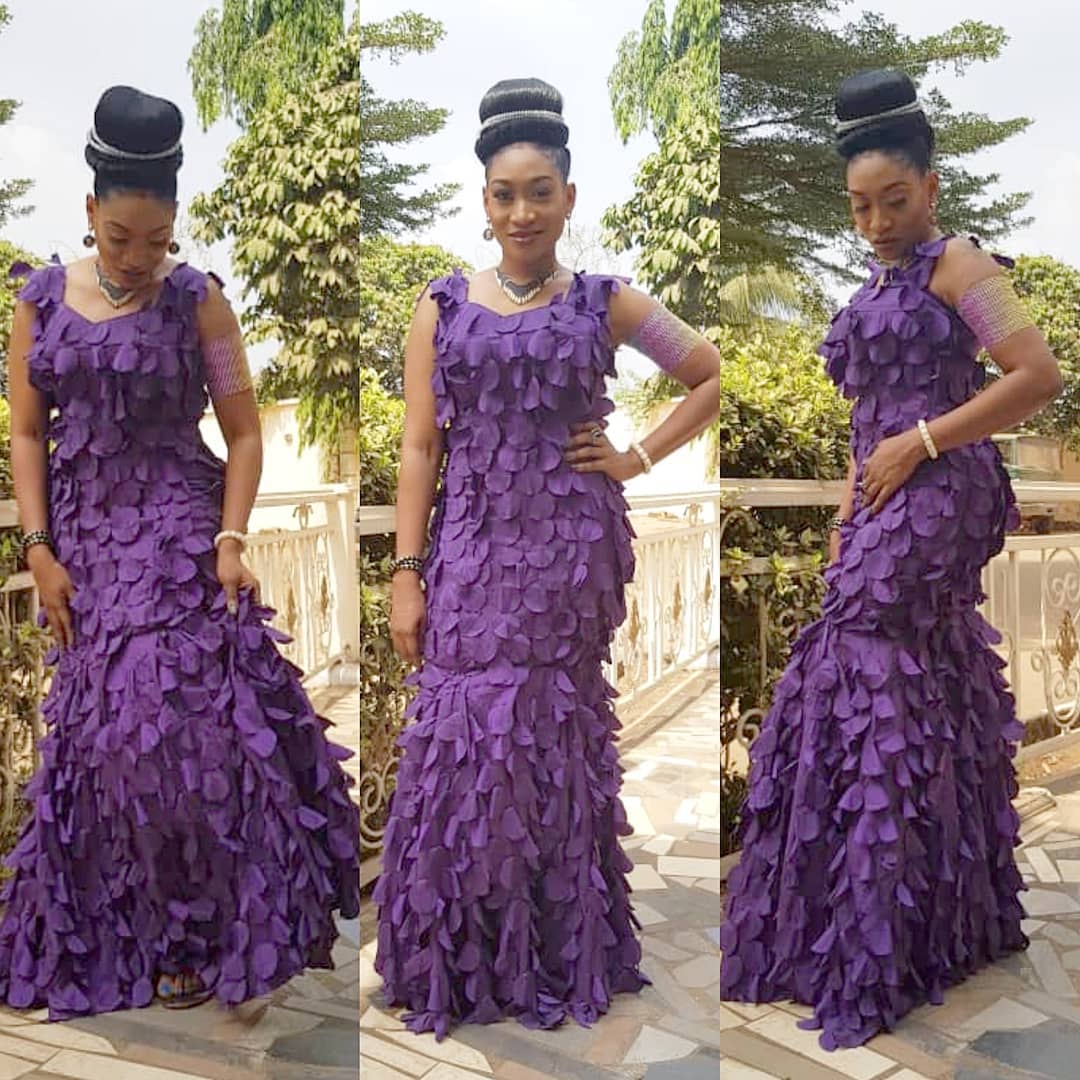 This Nollywood actress has been a wonderful part of the Nigerian movie industry since the early 2000s. There are more than 100 films with this star including ‘Spanner,’ ‘Crazy Passion’ and ‘Hotel Majestic’ among others. Her roles have been awarded titles and prizes such as The Best Actress and Most Prominent Actress.

Based on the information provided by 360dopes.com, her estimated net worth is around 1 million U.S. dollars as of 2018. 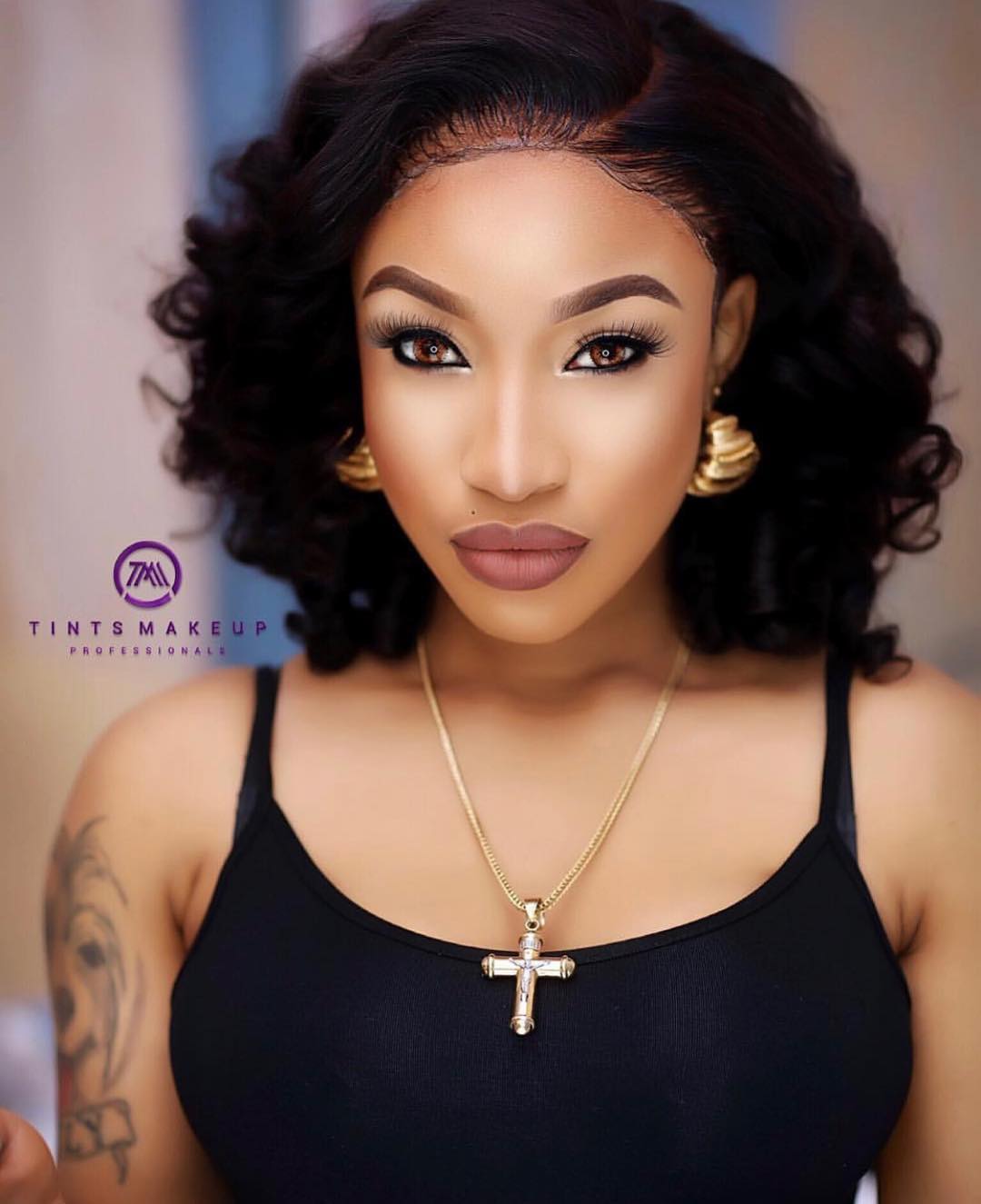 Some fans know her as Mama King. Others like the nickname of Tontolet. No matter how you refer to Tonto Dikeh, she will still be one of the most amazing actresses in Nigeria. Her steps in the show ‘The Next Movie Star’ didn’t bring her a victory, but that reality show has made her famous and loved by so many citizens.

According to 360dopes.com, the actress is wealthy. Her approximate net worth is approximately 1 million U.S. dollars. 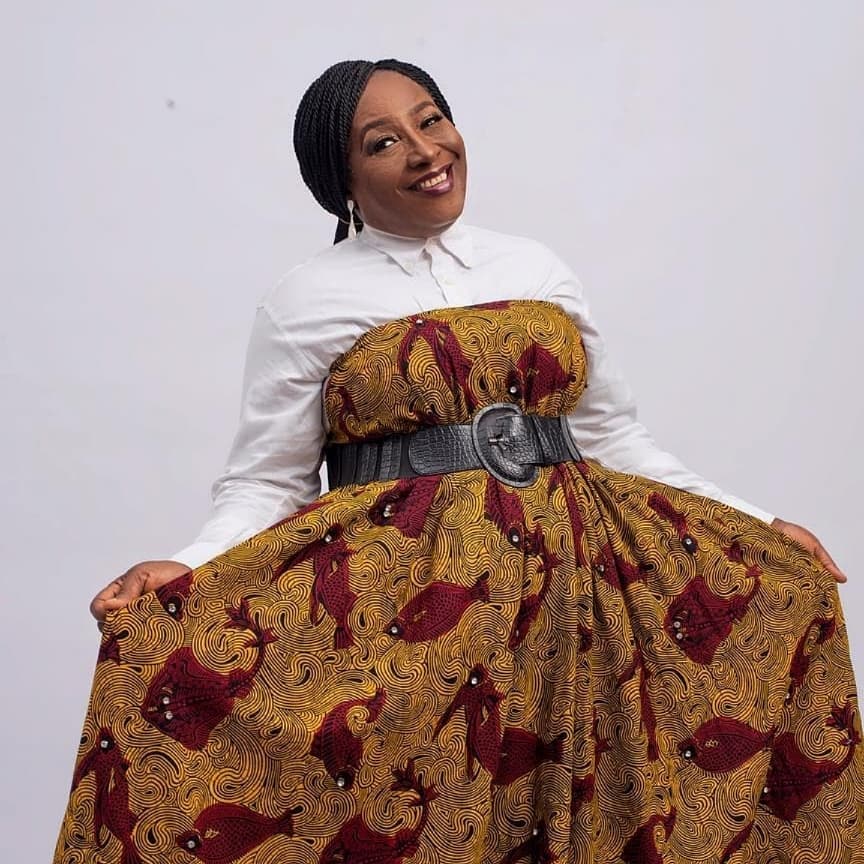 Life can have such unexpected turns! Did you know that Patience Ozokwor studied to become a teacher? Millions of Nigerians are lucky that she has finally changed her mind and left her teaching job to start acting. Firstly, her movies are loved by many fans. Secondly, she has a chance to work with famous brands and earn additional financial checks on top of her salary as one of the top Nollywood stars. 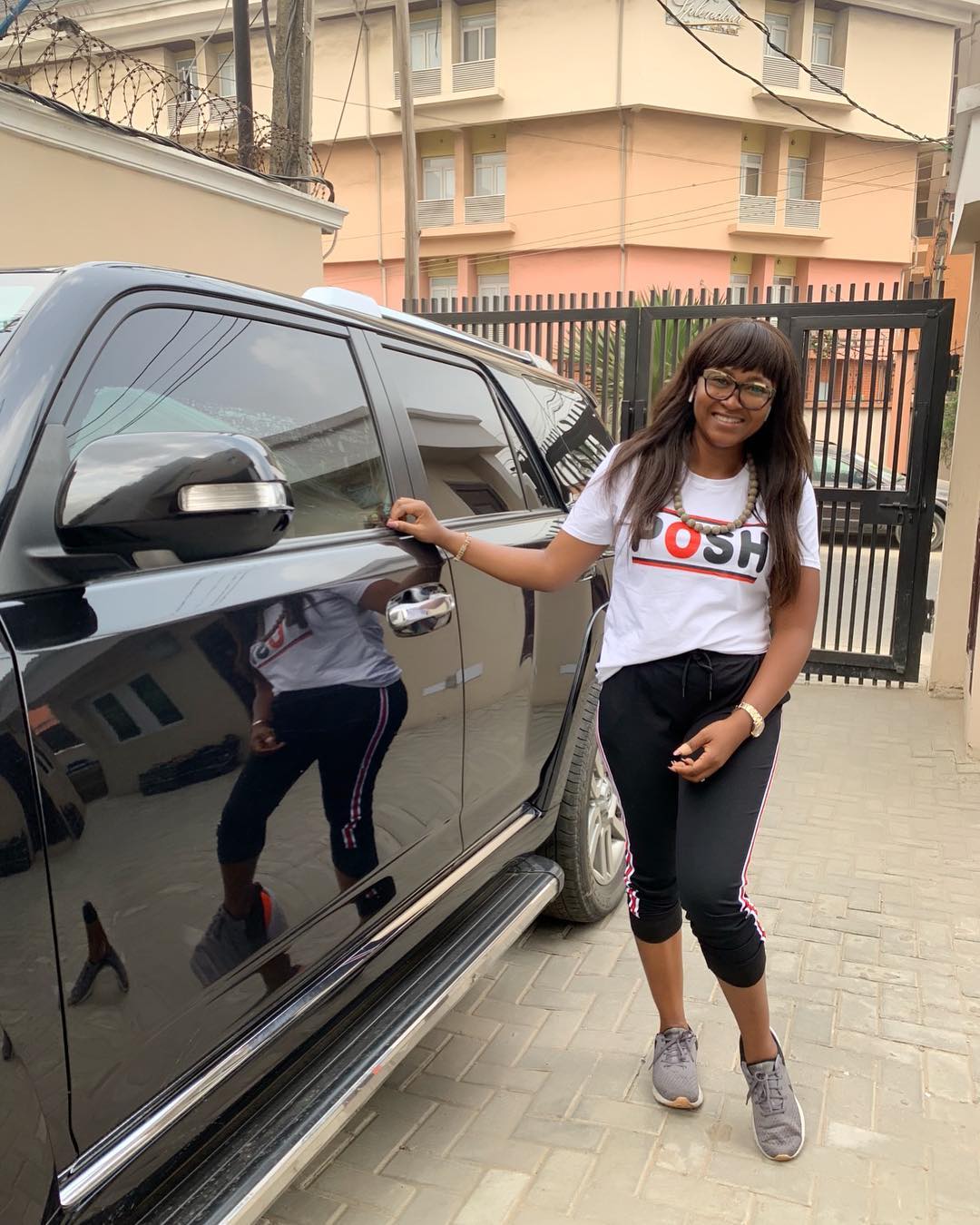 This lady from the top 20 richest Nigerian actress list became famous in the 2000s. This moment was when her name joined the movie industry and made her famous. These days Mary Remmy Njoku has her movie studio, many great projects, and money.

The actress boasts a net worth of about 1 million U.S. dollars. 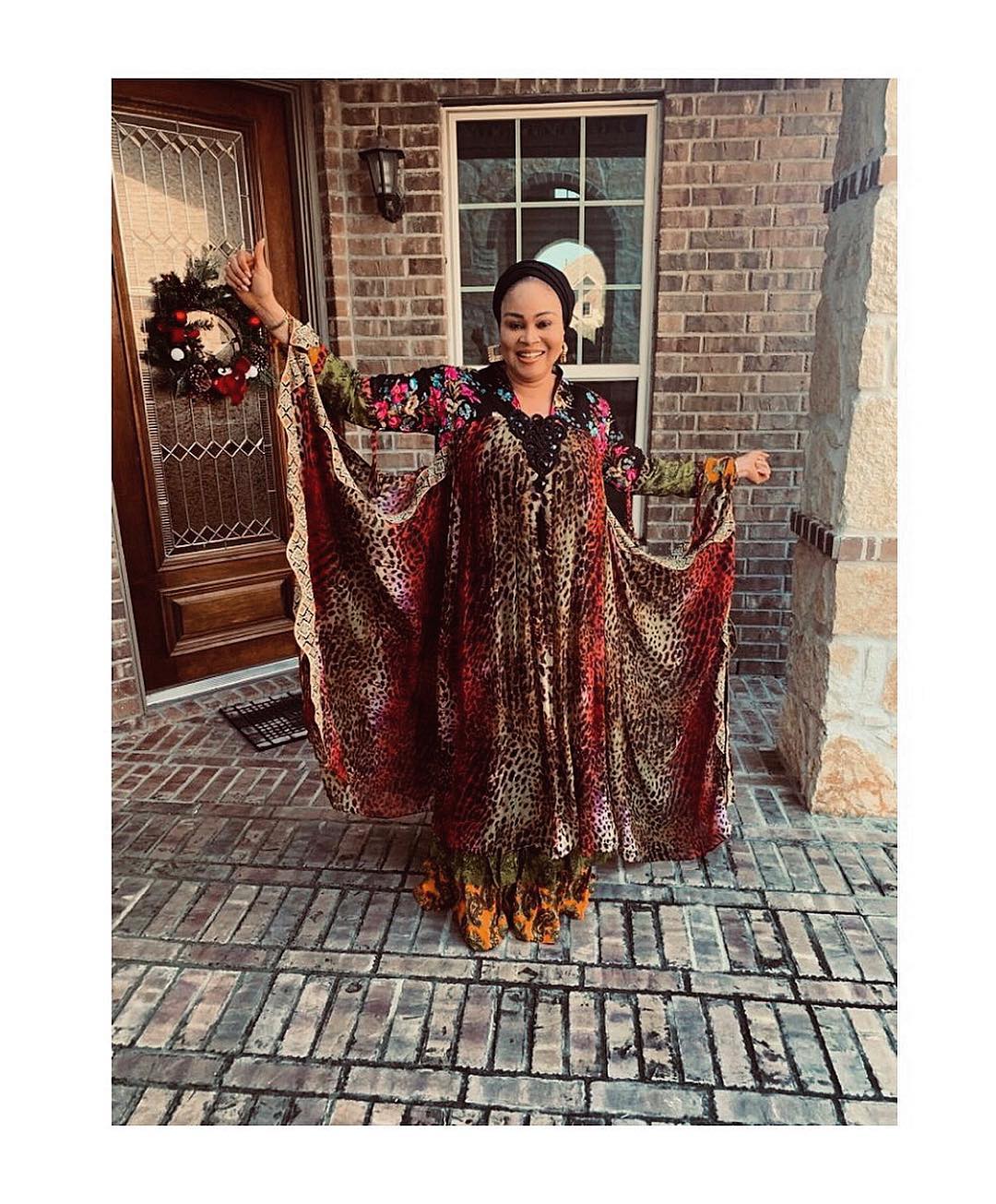 Talented, pretty, gifted and hardworking, this woman had become one of the most influential and wealthiest actresses in Nigeria in 2018. She is working as a film producer, actress, TV personality, and business lady. She likes Nollywood and Nollywood loves her. Bukky Wright looks great in Yoruba-speaking films and earns a bunch of money.

According to 360dopes.com, this successful lady’s net worth has reached about 0.8 million U.S. dollars. 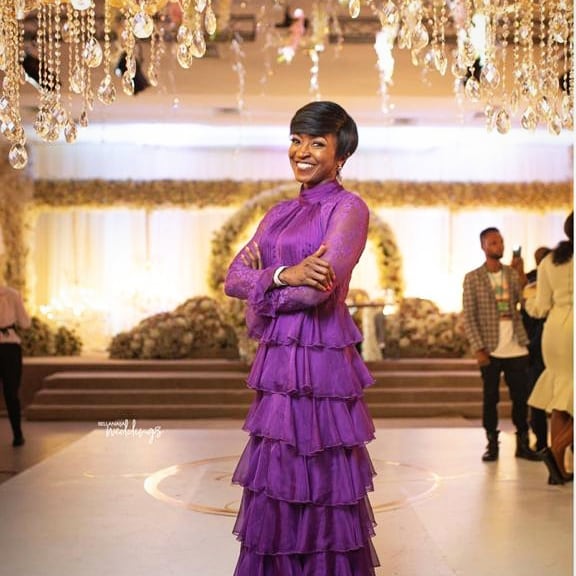 A beautiful model and actress, Kate Henshaw, boasts more than 40 films on her account. The woman has won many prestigious film awards including The Best Actress, Actress of the Year and others. Her most known roles in the movies are ‘Stronger Than Rain’ and ‘When The Sun Sets.’ 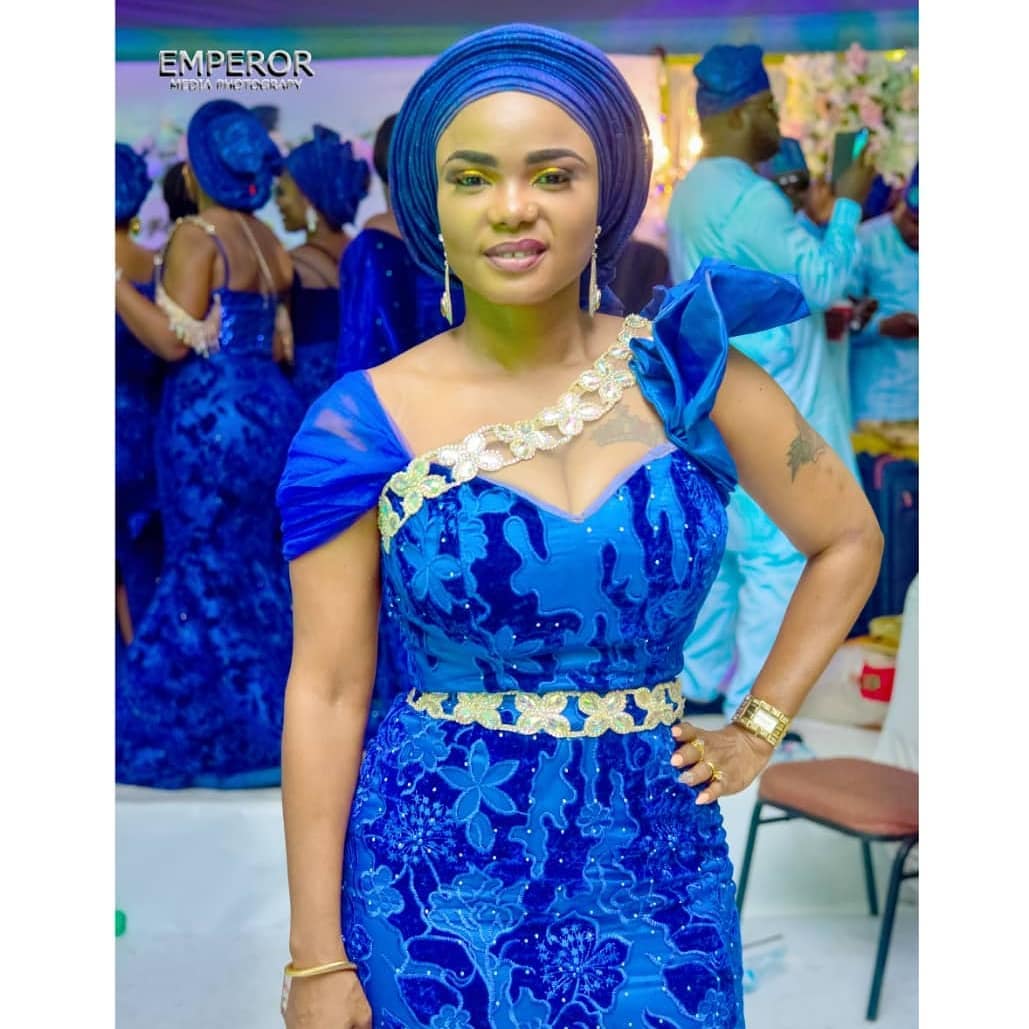 This famous Nollywood actress is not just extraordinarily talented but also extremely good-looking. She plays in movies, directs films and works as a successful movie producer. You can watch her in ‘Trust,’ ‘Ore,’ ‘Okanla’ and many other titles.

According to 360dopes.com, the actress who played in over 200 Nollywood films has an impressive net worth of about 600,000 U.S. dollars. 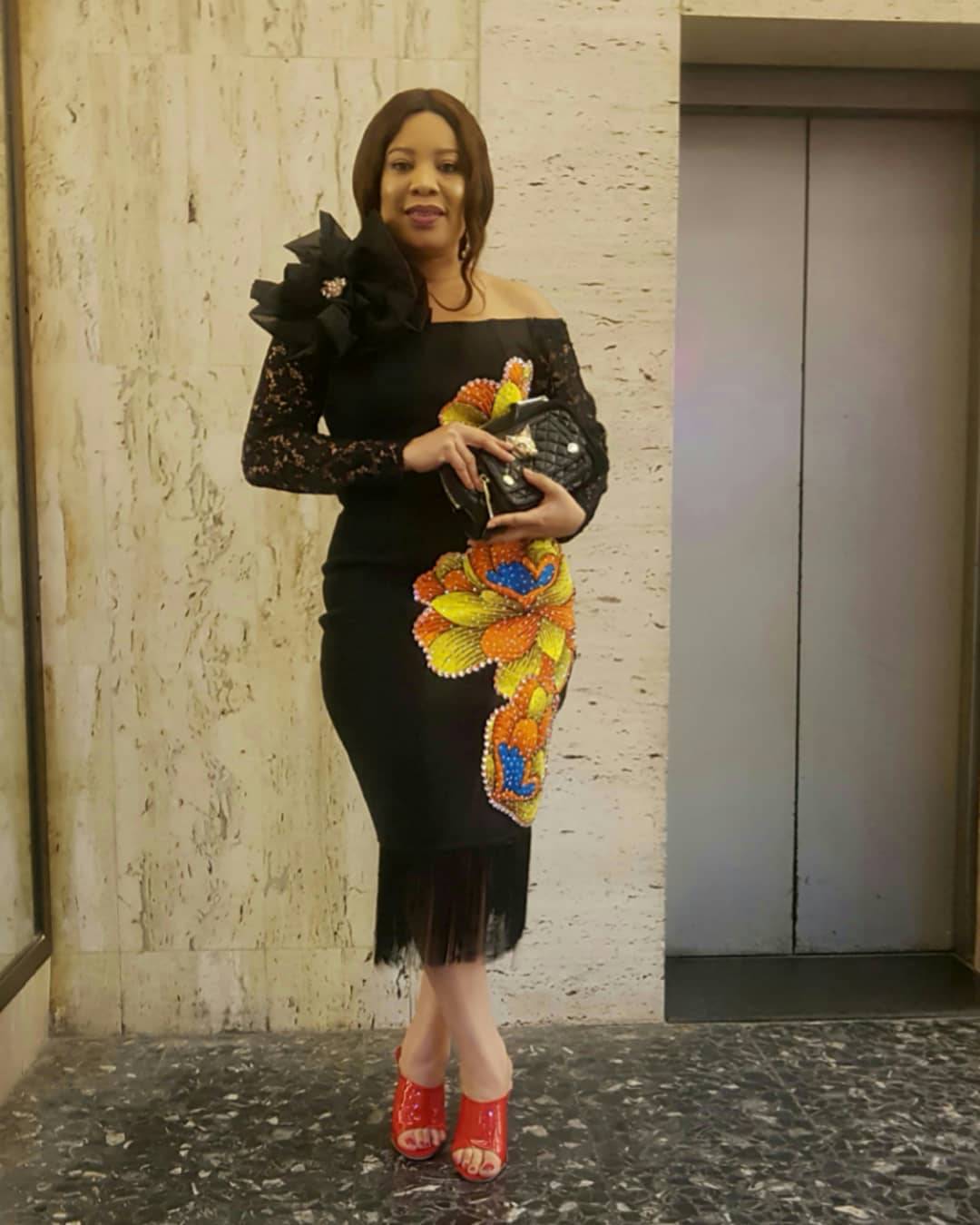 Among Nollywood actresses, this pretty woman stands out. Her fantastic style, exciting roles, cool acting, and high earnings make her one of the most influential females in our country. The celebrity has expensive property, signs awesome endorsement deals and earns a lot.

Her net worth is about 0.5 million U.S. dollars. 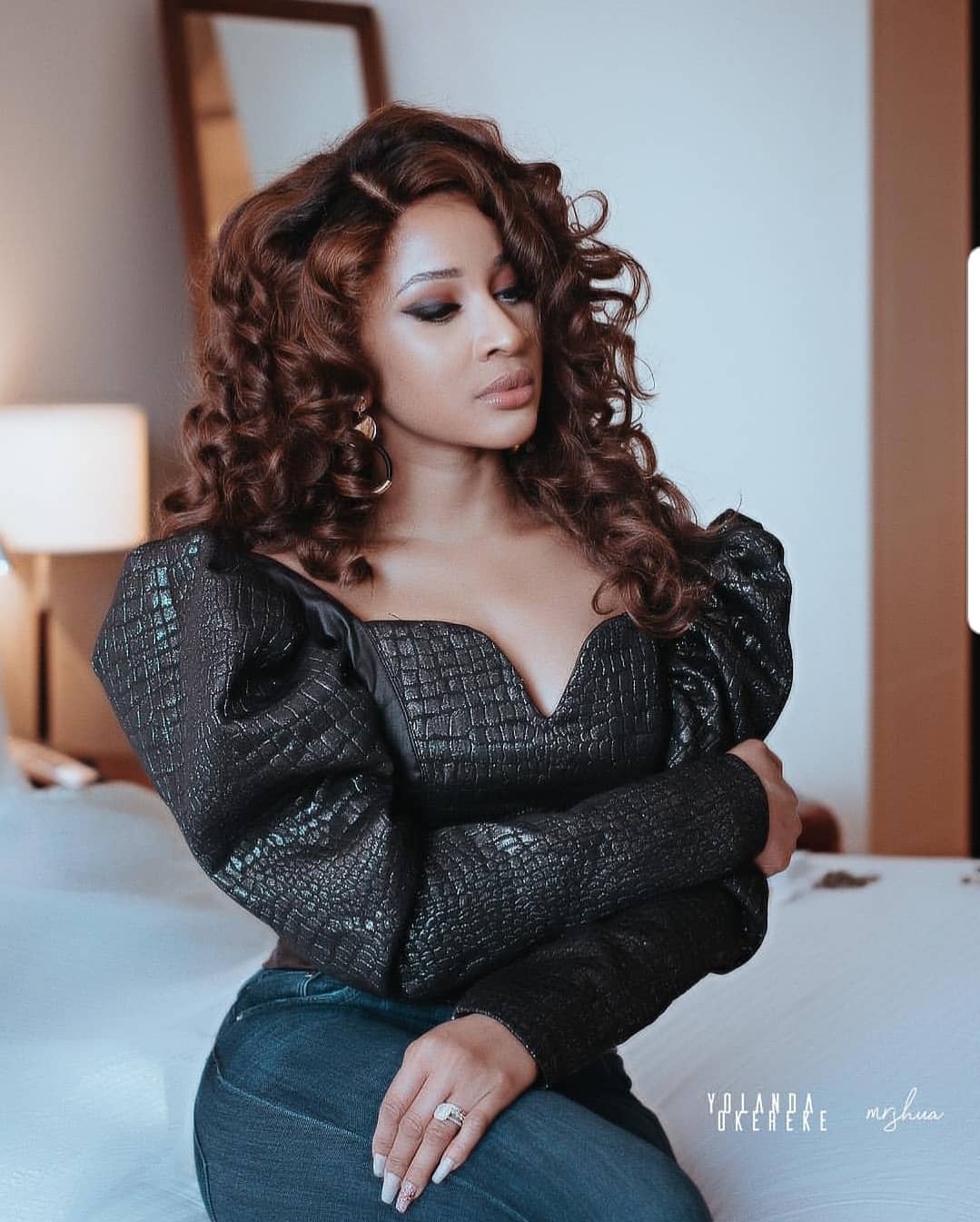 Great-looking model, actress, talented TV personality and active social media user has been a real drama queen since about seven years old. She played in the drama club, studied in the United Kingdom and joined the famous Nollywood industry 15 years ago. Her first major role was in ‘Knocking on the Heavens Door’ with many other roles following and earning her some good money.

As noted by 360dopes.com, the superstar’s net worth is approximately 0.5 million U.S. dollars.

She is young and gorgeous. This 18-year-old girl is a rising Nollywood star. She has been a part of the movie industry since she turned seven. If you didn’t have a chance to enjoy her acting, watch ‘Miracle Child’ or ‘Spider Girl’ or any other of more than 100 Nollywood films on her account.

According to 360dopes.com, the actress has an impressive wealth of approximately 0.35 million U.S. dollars. 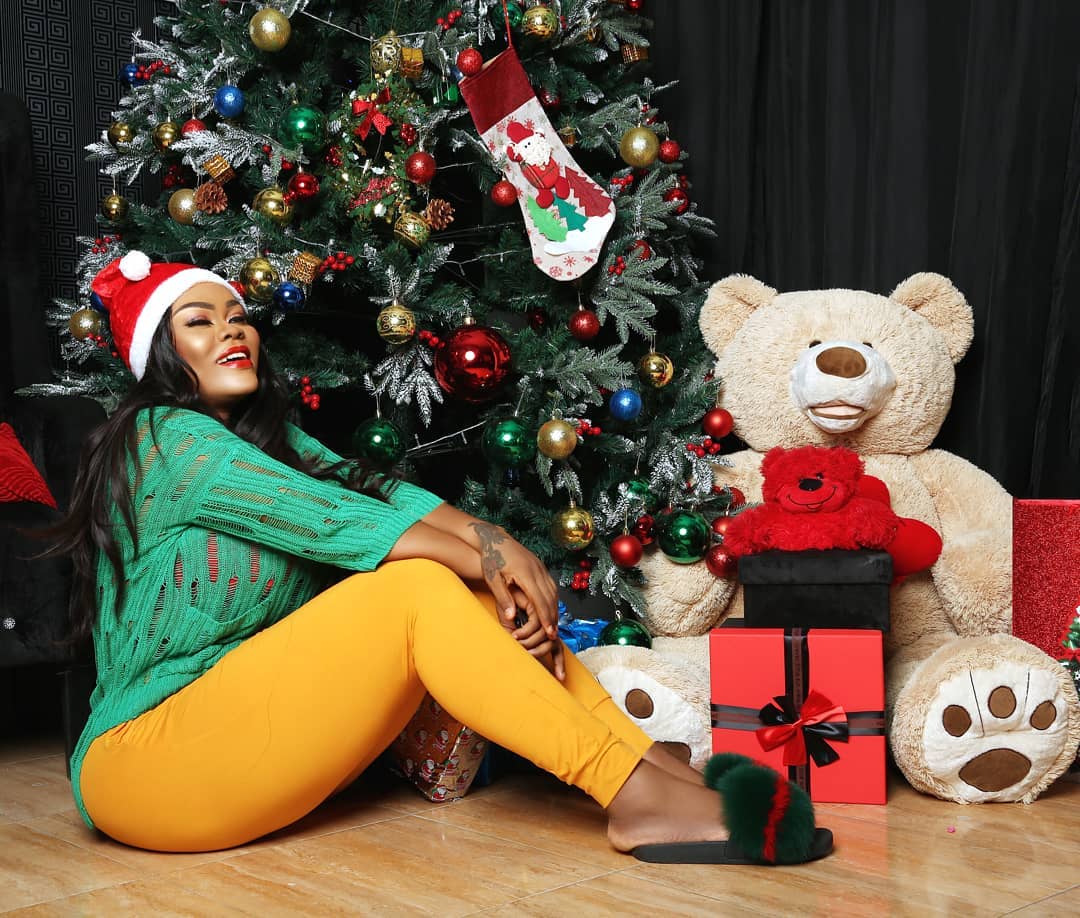 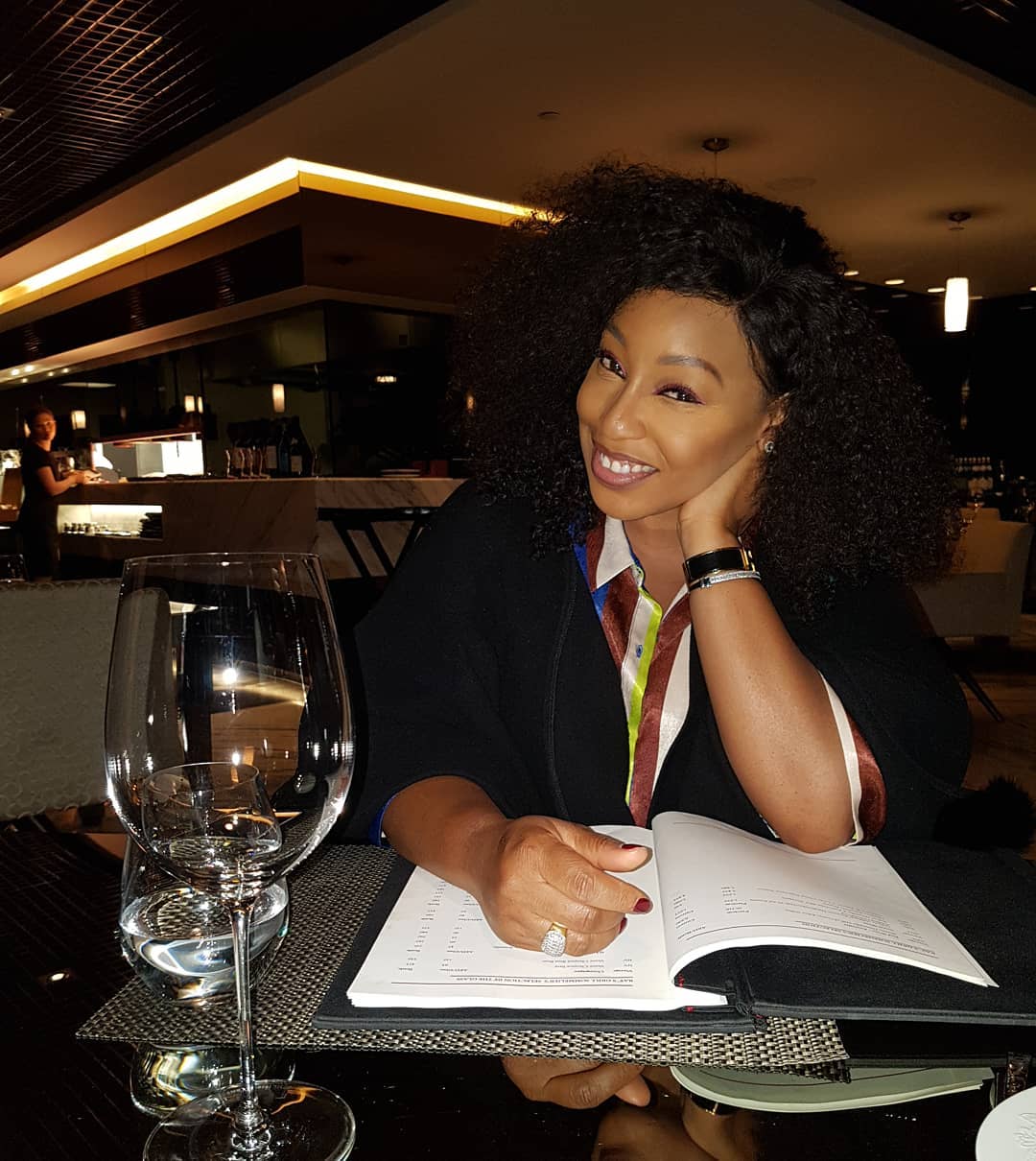 The richest actress in Nigeria always looks fresh and lovely. Rita Dominic’s first film was ‘A Time to Kill,’ and it made her famous, loved, and successful. These days the Nollywood star is being featured in about 100 movies, she has been the winner of many prestigious awards, and her earnings have grown a lot. 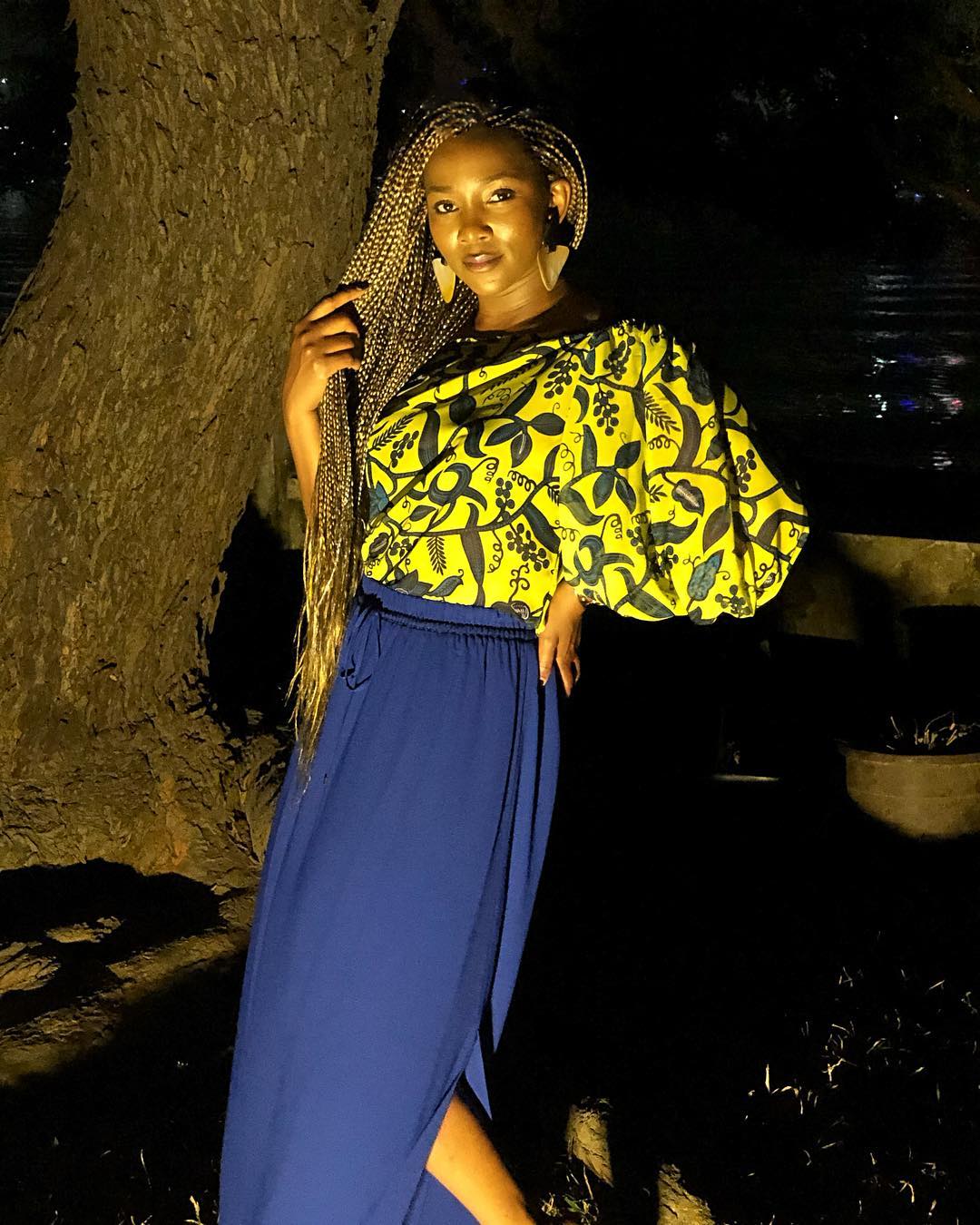 One more richest actress in Nigeria who earns millions of Naira per her roles always looks fantastic and shares her talents with all our countrymen through her movies. Being successful in films, Genevieve Nnaji has also started her clothing line and other businesses.

She earns enough to live a happy life with her daughter. This star of more than 80 Nigerian films boasts the wealth of approximately 6.1 million U.S. dollars or 2.2 billion Naira.

The actress became the first Nollywood billionaire after the purchase of her blockbuster movie, Lionheart by Netflix which went for $3.8 million (N1,385,100,000).