9 American artistes who drew inspiration from Fela Kuti – No.1 & 2 even sang in Yoruba Language!! (Pictures)

Legendary musician, Fela Anikulapo Kuti popularly known as ‘Abami Eda’ is one of the biggest Nigerian names ever to make music and his music continues to inspire several years after he’s passed on. Fela was a Nigerian multi-instrumentalist, musician, composer, pioneer of the Afrobeat music which has inspired a lot of local and international artistes. Without further ado, we take a look at some international acts who have sampled the work of the Afrobeat legend. 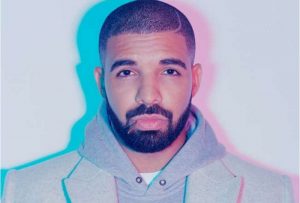 Nigerian afrobeat legend, Fela Anikulapo Kuti is one of the most influential Nigerian musicians of all time and even though long dead, his music and style continues to inspire several Nigerian and International acts today including Wizkid, D’banj, 2Face and now Drake.

One of the more notable parts of the short film is when Fela Kuti’s “Colonial Mentality” makes an appearance at the 13:20 mark. The track is off of his Sorrow, Tears and Blood album, which was released in 1977 and was written as a response to the Soweto Uprising of 1976.

During the uprising, thousands of South African students protested the forced teaching of Afrikaans, the colonial language of Apartheid. The ominous sounds play as we get a look at the villain’s compound.

Drake, of course, is not the only major artist today influenced by Fela, the late Nigerian saxophonist and vocalist behind the genre known as Afrobeat. “I Will Not Apologize” samples Fela Kuti’s “Mr Grammarticalogylisationalism Is the Boss.” Once again, Fela Kuti’s presence is felt in this inspirational song that uses some rhythms from his 1972 track titled “Na Poi.”

In 2002, Nas who’s rated among the greatest hip-hop artistes of all time, sampled Fela’s song, “Na Poi” on “Warrior Song”.

The rapper featured Alicia Keys on the track which was described as a “high energy collaboration”.

Fela Kuti & Afrika 70 provided the creative spark for “Whatcha Gon Do” off of Missy Elliot’s 2001 album, Miss E …So Addictive. Obie Trice, an American rapper and song-writer, who attained international fame and success after signing to Shady Records, has also benefited from the genius of the great Fela.

“Spend the Day” which featured Drey Skonie, was released in 2012. American singer-songwriter, is such a follower of Fela’s music that he has sampled his music twice. The remake of one of Fela’s most successful songs appeared on Bilal’s “Love For Sale” album.

“Sorrow Tears and Blood” featuring Common and Zap Mama took a bit of Fela from his 1981 song “Coffin for Head of State”.

A video directed by Michael Sterling Eaton, was also shot for the song. Bilal also teamed up with Dead Prez, Talib Kweli and Jorge Ben to record a remake of Fela’s “Shuffering and Shmiling.

American rapper and music mogul, Sean Corey Carter surprisingly is one of those music heavyweights that was somewhat inspired by Fela Anikulapo Kuti’s works.

Not a lot of people know this, but Jay Z sampled Fela Kuti’s ‘Water No Get Enemy’ instrumental at the end of his song titled ‘Roc Boys’

Jay Z is also a broadwayproducer for ‘Fela’, a musical celebrating the Afrobeat legend. US rapper, Mos Def, is an unabashed fan of the late Fela Kuti and Seun Kuti, his last son.

Mos Def who was in Nigeria to perform at the November 2015 Lagos Jazz Series, visited the Afrika Shrine and bonded with Seun while puffing on a blunt.

The American hip-hop artiste famously sampled a portion of Fela’s “Music is the Weapon” (1982) on his own song, “Quite Dogs Bite Hard”.

He also performed Fela’s ‘Water No Get Enemy’ song while in Nigeria. “Let Nas Down” is a song from J. Cole’s 2013 album Born Sinner that takes after the Fela Kuti & The Afrika 70 track titled, “Gentleman.” The Fela Kuti influence on this track is heavily felt, but doesn’t yet boast enough evidence to be officially labeled as a sample. Did J. Cole use a direct rip from Fela Kuti & Afrika 70’s track.

The Yoruba phrase ‘Mi Gbo’ is resounded all over track.