Nigerian celerities who allegedly dated each other – No.3 is SHOCKING, but the guy in No.5 dated 2 Nollywood actresses

We all know most of our celebrities are extremely talented in their craft. However, friendships are usually formed amongst themselves, which in turn leads to romance.

Just like they are skilled in their craft, they have also developed the ability to deny their romance…especially when it involves a fellow colleague. This mystery makes “showbiz” very exciting as it adds to the razz matazz of the whole celebrity ish.

Most of them may have moved on and are married now, but there was that special someone our tatafo minds told us they had in their lives, which they denied with every fibre of their bone. Not that I blame them, especially the ladies, “mama told us not to flaunt any man until they put a ring on it”. Besides, work and romance hardly ever mix well.

Anyhow, let’s countdown the list of celebrities who allegedly dated in the past. I’m using the word alleged because most of them have never admitted that they dated, but we know, we know.*winks* 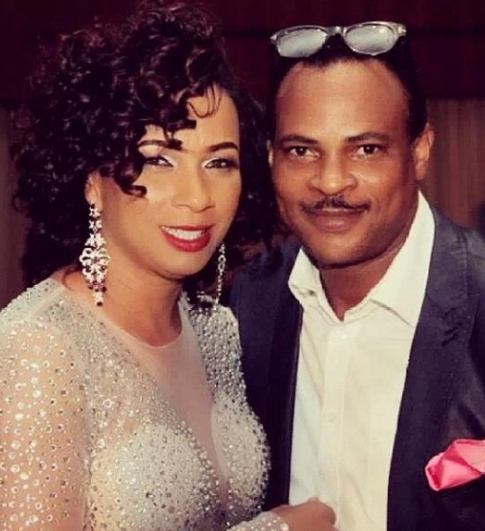 Shortly after Fred Amata moved on from his wife, talk show hostess Agatha Amata, and before he dated his current boo, he once found love in the arms of the then president of AGM Nigeria, Ibinabo Fiberesima.
Even though they tried as much as possible not to dwell on the status of their relationship, people in the know swear that they indeed dated.

Before Jennifer Obayuwana came into the picture, D’banj allegedly dated talented actress Genevieve Nnaji. People swear that their onscreen chemistry in his music video “fall in love” was a reflection of how they felt about each other. Like the others before them, they have never admitted that they dated although they have never denied the fact they were/are good friends. D’banj is now happily married.
4. Tiwa Savage and Tee Billz

Apart from the alleged relationship between Genevieve and D’banj, no other Nigerian celebrity couple has caused as much media frenzy over their romance like Tiwa Savage and her manager Tee Blizz.Even when she was asked in an interview the physical attributes of her dream man, her answer tallied perfectly with Tee Blizz, but this talented diva, she maintained that her relationship with her manager was strictly professional.

But alas her fans were not convinced by her denial. The couple who initially had to contend with rumours that they were dating suddenly found themselves denying stories that they tied the knot. Something most people including this writer believed( come on after seeing the pictures of the couple on a yatch and in a 5 star hotel in Dubai, you can’t blame me for believing) .

But alas they proved the whole marriage theory wrong when Tee Blizz proposed to her on her 33rd birthday. Their union finally hit the rocks but was blessed with a beautiful boy Jamil Balogun.

Even though Uche Jombo denied this affair, people who know this Nollywood actress swear that she indeed dated footballer Uche Ikechukwu. They were even talks at a time that they were going to walk down the aisle, something most people were not comfortable with, as they felt Uche Jombo deserved better word has it that the the love was mostly one sided. You can imagine how shocked her fans were when they found out that Uche Ikechukwu had moved on to another woman.

Uche Jombo however had a special secret of her own. While people were trying to recover from their split, they did not know she had found love in the arms of an American, Kenney Rodriguezwho she later got married to. They may have moved on, but we can’t forget that 2 Uches once fell in love but did all they could to keep their romance on the low.2. D’banj and Ini Edo 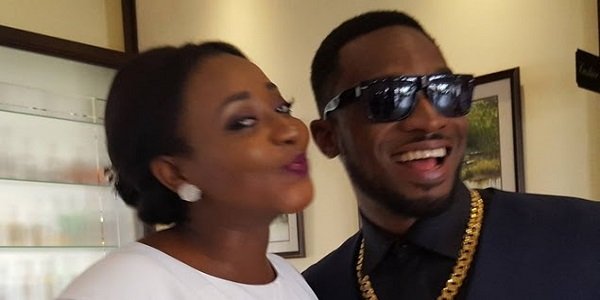 Once upon a time, before Genevieve, before Jennifer, there was once a special female celebrity in the Koko master’s life and her name is Ini Edo. They were madly inlove way back . Gist has it that they were inseparable during one of their trips to Calabar. Ini Edo was even allegedly spotted driving his cars then. Dare I say, they were the first “cross carpet couple” that I can think of (i.e a musician dating an actress, vice versa, ).

They never admitted to that they were dating but people in the know swear they were. They broke up later, but Ini moved on to her boo Philip Ehiagwina who wasted no time in putting a ring on it, while the Koko Master moved on to a slew of other beauties before he got hitched. Ini Edo on the other side married Philip but the marriage crashed after a couple of years.
1. Don Jazzy and Tonto Dikeh 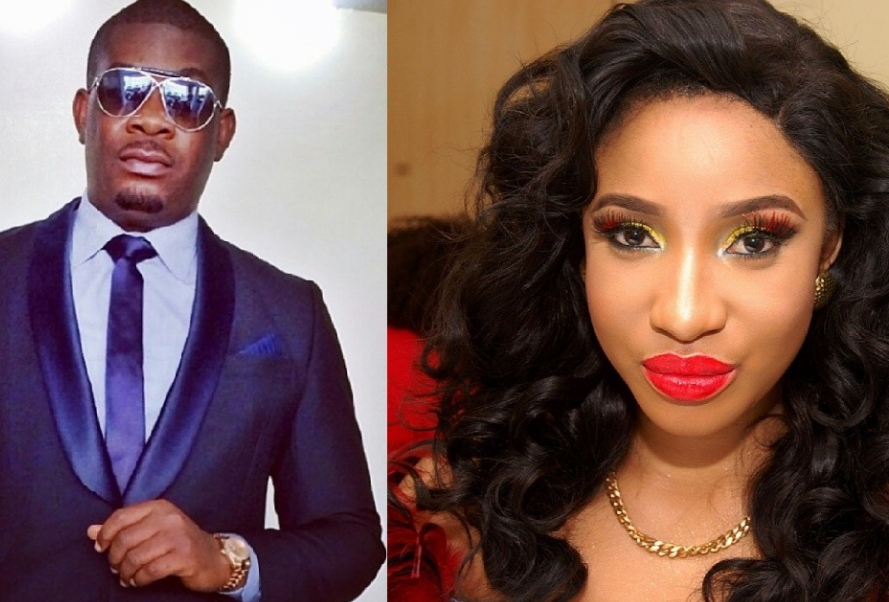 Unlike the other celebrities before them, these celebrities have never denied that they were once an item back in the day. As a matter of fact, Tonto credits Don Jazzy for being very instrumental to her success. 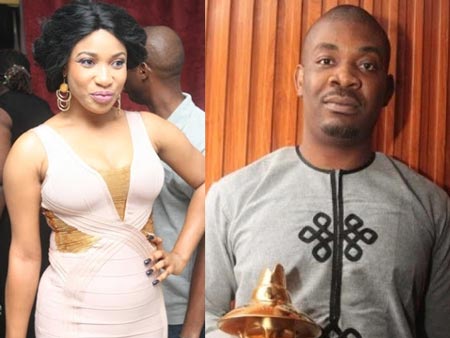