Afrobeat legend, Femi Kuti has announced that he is expecting his 10th

Afrobeat legend, Femi Kuti, has announced that he is expecting his 10th child during a conversation with the presidential candidate of the African Action Congress, Omoyele Sowore. Mr Sowore shared the video of his conversation with the 56-year-old at the New Afrikan Shrine via Facebook on Monday. 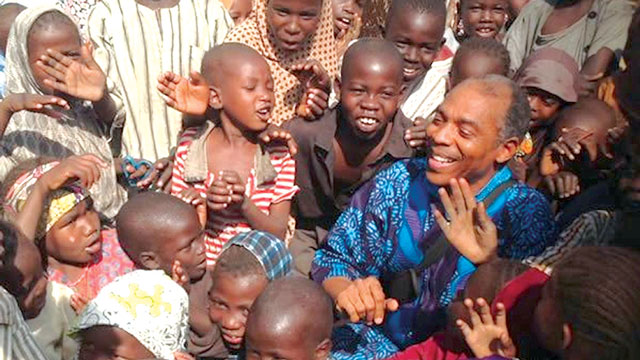 “I even have a new baby coming,” Femi Kuti said casually at the beginning of the conversation. He added that he had wanted to stop having children at his age and that he was worried about the cost of educating a child in Nigeria. Femi Kuti confirmed in a 2017 interview that he had 9 Children, 3 of them having been adopted.

In Decemeber 2018, he celebrated his son, Made’s graduation from London’s Trinity Laban Conservatoire of Music and Dance, the same institution attended by Fela Anikulapo in the 1960’s.

According to Saharareporters, Femi Kuti, had once confirmed that he discovered through a DNA investigation that two of his children did not belong to him. “I was 46 when I discovered that,” Kuti said of the published story about the paternity of his children, which became the subject of a controversy on social media.

Reacting to the issue when contacted by SaharaReporters, Kuti disclosed that the DNA inquiry was undertaken with the consent of the mother of the children. “I told her I cannot father children that are not mine and I gave them back to her,” he disclosed.

Kuti said he was 46 when he made the discovery that two of the five children belonged to someone else. “I now have six children that are mine,” he said, proudly, adding that some of them are currently with their mother. “I mean, I see them whenever I want to. So, they’re with me.” He added that one of his legitimate children is currently in England, studying music.

The celebrated saxophonist said he could not understand why the story about the paternity of his children was being recirculated on social media. The story gained new life when it hit social media and some blogs recently.