Oh No! Flavour Reveals Why He Dumped His Baby Mama Through Fan’s Comment

Flavour endorses a fan’s explanation of why he dumped his first babymama, Sandra, for his 2nd, Anna. Chinedu Okoli, better known by his stage name Flavour N’abania or simply Flavour, is a Nigerian singer, songwriter, multi-instrumentalist and performer. He began his musical career as a drummer for a local church. Flavour is popularly known across Africa and the world for his hit song “Nwa Baby”.

According to SDK that some months back, the crooner (who is currently responsible for Anna’s temporary relocation to Ghana to further her Education has refused to let go and asked her to marry him. The insiders also allege that what happened thereafter is not known but Flavour is still on Anna’s case refusing her to move on and told her that he had broken up with Sandra but quietly relocated her to birth their child.

So smitten is Flavour that he gave Anna full ownership of one of the houses he owns in Lekki unknown to Sandra. The two lovebirds Anna and Flavour did not stop dating but removed their relationship from the social media, same way Sandra was advised to do and that way,nobody is bashed online. 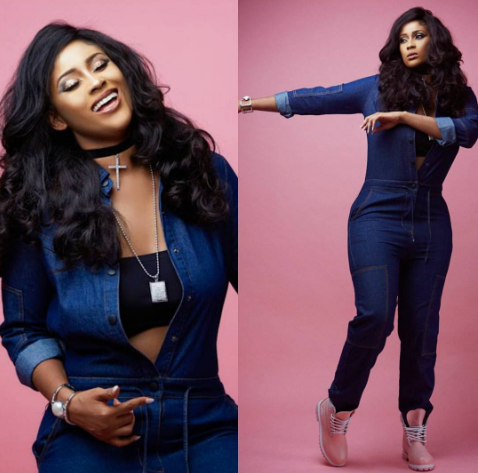 Insiders says Whilst Sandra is currently happy and Nursing her Child away from all the drama and stress,Anna Banner is currently in shock because the Pregnancy news hit her bad and she has refused to take calls from Flavour who has been apologising and begging her to forgive him.

The Rumour mongers allege that Sandra has affirmed her position as Flavour’s wife and whether he denies it or not,he knows the truth and so does Anna. Let’s list several interesting facts about Sandra Okagbue:
This woman deserves attention not only as the ex-girlfriend of the famous singer but also as a separate person. She was born in Anambra and was the eldest of 6 children in the family. Fans talk about Sandra not only about the topic “Who is Flavour baby mama?”. Besides being a beautiful mother, she is also a successful entrepreneur, actress, and model.

She has gained victories in several state-level beauty contests and this has made her incredibly popular. She has been in the modeling business for about 15 years. The most important event was Miss Delta Soap Pageant that took place in 2010. After this, the woman began to appear on television, in newspapers and other platforms.