Nigerian musician, Femi Anikulapo-Kuti, has taken to social media to give a piece of his mind to the people urging him to be more like his father, the legendary afrobeat singer, Fela.

Following the release of singer Falz’s new album, Moral Instruction, there have been massive reactions on the social media platforms as many people are now referring to him as the new Fela. Some however, used the opportunity to express their disappointment at the fact that the singer’s eldest son, Femi Kuti is nothing like his father. 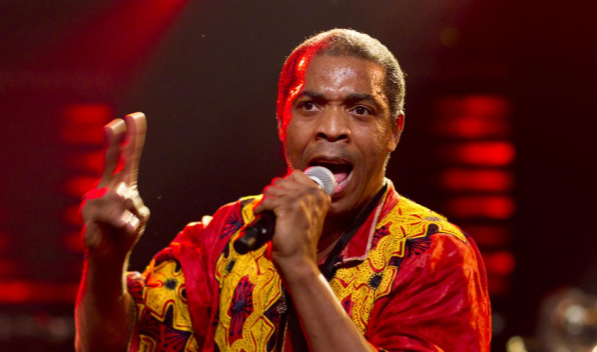 Responding to a Twitter user who shared the same opinion, Femi Kuti stated that even though he loves and honours his father, he also loves and appreciates being himself.

He wrote: “Pity for you ni o. Ive said it several times , I probably will have to repeat till I die, I don’t want to be my father. I❤️him, I honor him ,I respect him ,but I want to be me.I love bring Me Femi Anikulapo-Kuti. And I totally appreciate myself and my being.”

Pity for you ni o. Ive said it several times , I probably will have to repeat till I die, I don’t want to be my father. I❤️him, I honor him ,I respect him ,but I want to be me.I love bring Me Femi Anikulapo-Kuti. And I totally appreciate myself and my being. https://t.co/BBtK1o8V6m

Some of his fans and followers reacted to the tweet, sharing words of encouragement.

You are unique in your own way baba! Abami eda is a legend and you are also writing your own story, which I believe is epic too.

I don't get this obsession among Nigerians to always compare every artist with a blossoming career with Fela. Fela is Fela and there's nothing like the 'mordern day abami eda'
Falz is Falz
Burna boy is Burna boy
WizKid is WizKid

Again, education. We need to educate the “ignorant” among us and show them@why other people’s lives can’t be lived the way we want them@to live. They choose to make their mistakes and learn from them or their career paths and grow with them.

That's what society expects that you should step into your father's shoes. Fela was unique in his own way. Walk in your own shoes and create your own uniqueness.

Uncle femi u don't have to prove or say anything…since late 80's that I knew u till now baba u re too much. Uncle femi as a mega superstar pls don't respond to that village guy from east he's suffering from poverty and lack of exposure.

Just listen to Sorry Sorry and Sho tan, dats tell it all. Fela lives for ever, Femi lives in our heart. Summary, Fela talks about the government while Femi talks about both d government and the followers.

Femi Kuti may be nothing like his father but it appears his 22-year-old son is gradually becoming like him.

In 2018, Femi formally welcomed his son, Made, into his Positive Force band. The proud father shared an adorable photo of himself with his son just before they made their way to Paris to perform.

What are your thoughts on Femi not being more of an activist like his father, Fela?