SHOCKING! See why ace filmmaker Tunde Kelani has not made a movie in 4 years

Despite movies being one of peoples favourite past times, it is also a means to tell stories about special things around us. Some films do not just entertain, they also educate.

Nigeria is blessed with some talented filmmakers who seem very passionate about their job, one of whom is Tunde Kelani, also referred to as TK. Surprisingly the cinematographer and story teller has not released any movie in a while.

He also recently resigned as the chairman and member of the National Film and Video Censors Board (NFVCB).

In a recent interview, Kelani spoke on his plans after leaving the board as well as why he has not released any film in a while. According to him he invests a lot in his productions but movie pirates make the effort futile seeing as they reap the fruits of his labour. 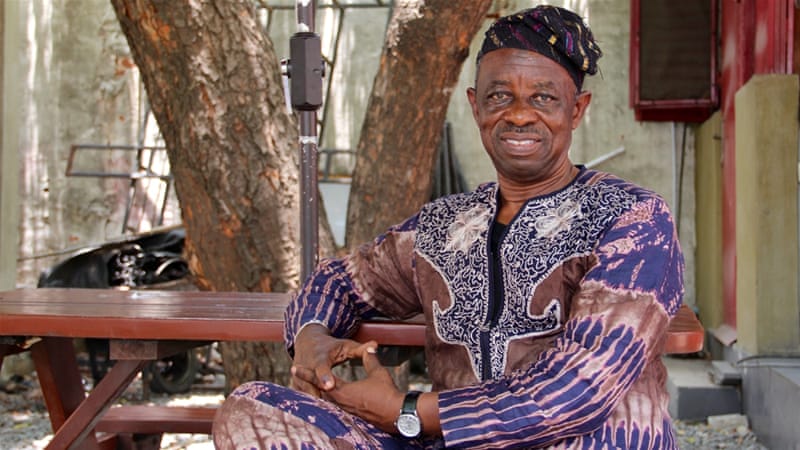 He said: “My plan is to continue working. Being a member of NFVCB wasn’t a full-time job; we were just expected to hold meetings three times a year. As a matter of fact, there was no time I left my job as a filmmaker. But for the last four years, I have not released any new production. I have movies I can release but it wouldn’t be wise to do that because it will be pirated within 24 hours. It is not sustainable to keep working for pirates because we invest a lot in our movies.”

“Piracy has affected the traditional DVD distribution network; so, we have to look towards technology and other platforms. This year, I think we will have solutions”, he continued.

The 70-year-old is known for some of his works such as Oleku, Thunder bolt (Magun), Saworoide, Maami, Dazzling Mirage, to name a few. He has no doubt made a mark for himself in the film making industry.