Davido has shown over the years that he just isn’t in the music industry to make money but to also give back generously to fans. Davido is not just one of the biggest stars to have come out from Nigeria but one of the most generous stars in the country. The lady, who was promised a million naira alongside another by music sensation, Davido has finally received her cash. The excited lady with IG username @Nicki_Tara shared on her handle the moment and wrote; 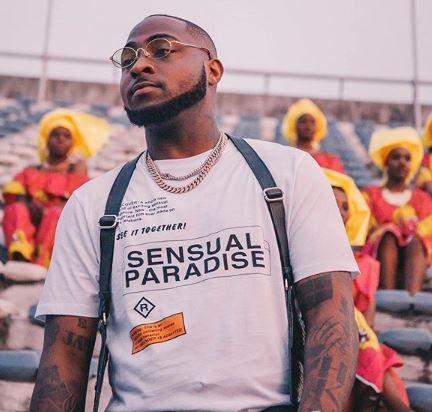 If y’all can remember the second person @davidoofficial promised 1million naira towards the end of the concert. I am the girl! And I just want to say a very big thank you, this means a lot to me.God bless you. You’ve just made me a fan for LIFE!!!�

@Nicki_Tara – If y'all can remember the second person @davidoofficial promised 1million naira towards the end of the concert. I am the girl! And I just want to say a very big thank you, this means a lot to me.God bless you. You've just made me a fan for LIFE!!!?

A lot of celebrities have been blessed with so much talent which in turns evolves to financial blessings. Even at that, not all of them are generous enough to lend a helping hand.

This is where music star, Davido outshines his contemporaries. He is known for giving and assisting a lot of people. On social media, he doesn’t shy away from assisting the plights of those in need.

Remember when a certain Instagram fan, Jide Sanyaolu, who would definitely never forget the 1 million naira he got from the O.B.O when he needed money to return to school.

We also remember back in May 2017, the little boy who Davido has awarded a scholarship for singing his hit song “If” on a sensational viral video. The video has apparently gotten to OBO and he has decided to reward the boy by sending him to school to get a proper education.

Most recently was in August 2017, when the people who had turned the front of Davido’s house to Mecca of sorts seeking all sorts of favors got the shock of life when he had several upcoming musicians give an impromptu performance, almost like an audition. After all the performances, he reportedly gave the winner of his impromptu competition the sum of $1000 about N365,000.