Nollywood actress Cossy Orjiakor has proven that it is not only fans who know how to engage in online begging. The busty actress just shared a post on Instagram in which she included her bank account number.

According to her, she has been getting numerous men begging to be her baby daddy, hence the reason why she put her account number up for them to send money because being a baby daddy isn’t all about sex.

Cossy is known for flaunting her breast at events, she describes them as a great gift from God, and stated she wouldn’t breastfeed her kids directly to keep them firm. Her rise to fame was propelled by her significantly large breast, which she frequently displays. 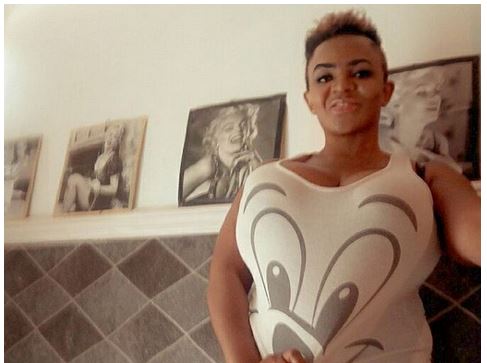 Cossy Orjiakor wrote: “My Dm is littered with application for the post of baby daddy. Well being a baby daddy is not just about fking. It must come with shopping. So to filter men from boys. Send designers shopping money to my account in bio…. Uba Savings 20********”.

Orjiakor has ventured into many aspect of entertainment. She has featured in musical videos, starred in films and has an album to her name. She released her debut album Nutty Queen in 2013, which she admits conveys important lessons for the masses. She dismissed the possibility of going totally nude in a movie on moral grounds.

She highlighted exposure of her physique as part of her branding as an entertainer. In January 2013, she was admonished by a female blogger to amend her lifestyle in order to stop the supposed negative perception on Igbo girls. She replied explaining that the letter was an act of “joblessness”, and she has brought recognition to her country internationally through her career