2face Declares His Favourite Song Of The Year 2018… Guess Which

As the year comes to a close with so many musical hits, pop icon, 2baba has mentioned his favourite for the year. Nigerian music star, 2face has unofficially declared Burna Boy’s trending song ‘Ye’ as the song of 2018.

2baba made this declaration Wednesday night during the Burnaboy’s show, which held at the Convention Centre, Eko hotel, Victoria Island, Lagos.

2face who graced the event alongside D’banj had joined Burna Boy on stage during a performance to hail the talented artiste. While on stage, 2face declared that: “Everybody here, if you agree with me, you know that ‘Ye’ is the song of 2018. 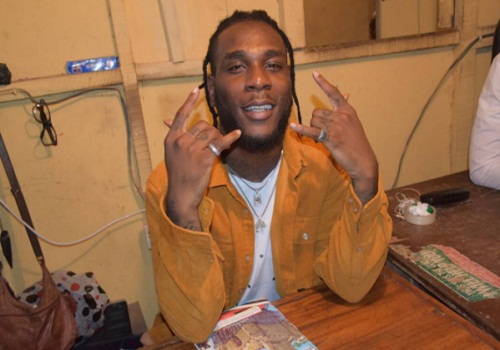 The crowd had cheered and agreed to the declaration. Burnaboy who is still referred to as one of the most underrated Nigerian stars has made a name for himself globally since the release of the ‘Ye’ song with his album already breaking boundaries and topping charts internationally! The show was graced the likes of Wande Coal, DBanj, Wizkid, Davido, Duncan Mighty, among others.