Serious commotion, as Fela’s daughter who said she is 10 times richer than Davido attacks him

Motunrayo Anikulapo-Kuti one of the daughters of late Afro music legend, Fela Anikulapo-Kuti has come for DMW Boss David Adeleke popularly known as Davido. When it was reported that Fela Anikulapo-Kuti’s daughter, Motunrayo Kuti dislikes Davido’s music, there were misconceptions that she has hatred for the ‘Assurance’ crooner but such is not the case as she has finally come out to set the records straight. Motunrayo-Kuti In a chat with newsmen, confirmed that she has no hatred for Davido but his pride, arrogance and music. “I don’t hate Davido at all; it’s just something about his music. And then, he is too proud. I have no personal issues with his DMW gang too”, she confirmed. Speaking further, she explained why she patiently watched him perform at the recently concluded Felabration 2018.I watched Davido’s performance at Felabration because I’m not a hater like some people, and yes, he saw me. Although we had eye contact but he didn’t talk to be because he was performing and I didn’t intend to familiarize with him or any of his crew members. I was with my man and in one place.

“I’ve royalties I collect and my net worth is ten times more than Davido’s. If I begin to think of how long I’ve been making money or when I started making millions, Davido had not dreamt of making the money he’s spending now,” she said. 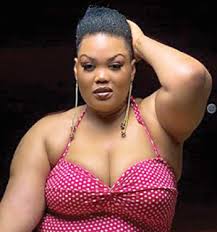 ‘I don’t care if he doesn’t know me, I don’t know him either. I was only at that show because of my man. He likes David’s music; he is even the one that makes me listen to his music. With how hectic that place was, I would have gone home since 2 a.m, but I respected my husband to-be”, she added.

Recall that Motunrayo recently bragged about being richer than Davido.The entertainment enthusiast and music promoter told Vanguard Nigeria that her net worth is 10 times higher than what Davido is parading as fortune. she said:

“I’ve royalties I collect and my net worth is ten times more than Davido’s. If I begin to think of how long I’ve been making money or when I started making millions, Davido had not dreamt of making the money he’s spending now,” she said.

The 35-years-old daughter of the late music legend is also stated she’s not a fan of Davido’s music and she explained her reason for not ‘digging’ the singer.

Motunrayo said, “I don’t think Davido is a good artiste, I don’t like him. I’ve never related to his songs because he usually sings about girls, love, money and I’m not interested in that kind of music. I want music that would give me intelligence, music that would make me feel okay when I’m in a particular situation, not songs that would be telling me about a woman, a gold digger, an expensive shoe, accessory or whatever. That’s why I love Nicki Minaj; if you listen to her hardcore songs you’ll get a lot of intelligence from it.”

What’s your take on Mutunrayo’s claim….do you think that Davido is PROUD?……Kindly share your opinions with us below