“Bobrisky Is A Liar And Scammer”- US-based Nigerian musician, King Hollywood Maintains As He Shares Proof

King Hollywood, a US-based Nigerian singer, called out Bobrisky earlier today for allegedly scamming him. Bobrisky replied, claiming King Hollywood only paid him N50K to promote his music on SnapChat which he did. 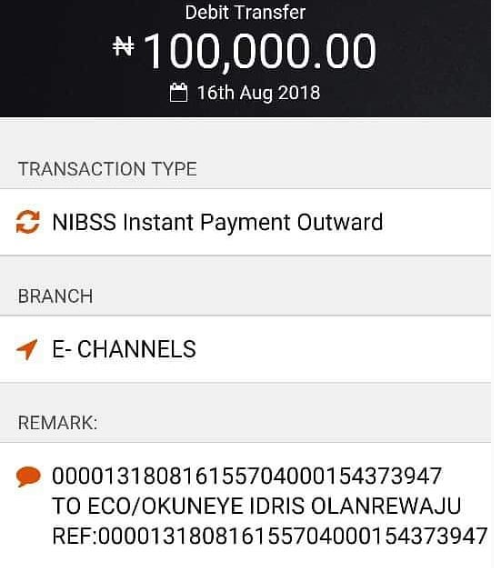 To dispute Bobrisky’s claim, King Hollywood shared screenshots to prove that it was N100K that was paid to the popular Nigerian crossdresser. He also went on to claim Bobrisky never carried out the promotion he was paid for. 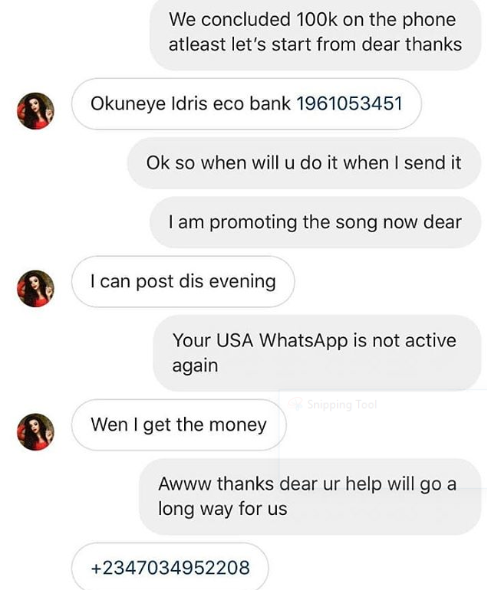 King Hollywood used to work behind the scene in Nollywood before he relocated out of Nigeria. He worked with actors like Osita Iheme and Chinedu Ikedieze. 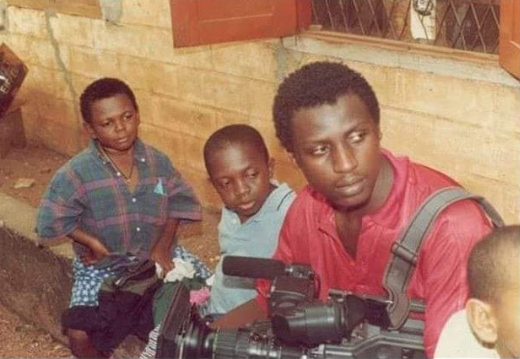 He wrote to Bobrisky: 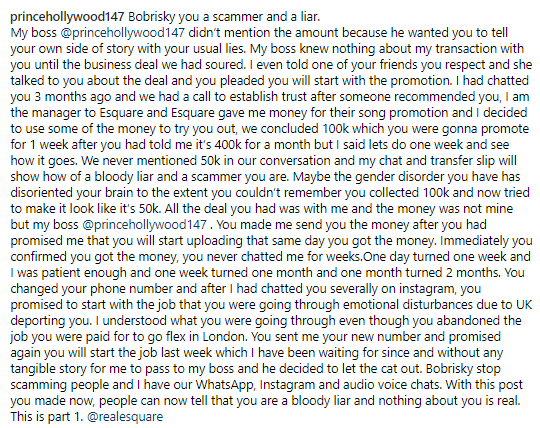 The man, with the Instagram name Prince King Hollywood, said he and Bobrisky agreed on a job which he paid for, but the popular crossdresser doesn’t want to do the job and has refused to give a refund. He went on to say he has an orphanage in Nigeria and the money Bobrisky owes him could be put to good use, feeding his kids.

He further threatened Bobrisky and revealed he will be returning to Nigeria soon to take the case up with him. In the video which Prince shared, he is heard saying :

This video is for Bobrisky or Bobwizky whatever they call you. Bobrisky, wetin dey pain me pass be say you leave people wey you go scam come dey scam we citizens of Nigeria, no Bob, that one no go work.

”Good morning…. Nigerians I woke to see dis man rant about paying him his money he cannot mention (50k) ???????. Okay two months ago dis man send me a dm to help him post his song which we agreed for one day post on Instagram for 50,000. His team beg me for more days that they want me to play his song for 1week. And I told them If they want more than a day it has to be on snap since I have more views on snap daily…..I played the guys song on Snapchat for four days only for me to read a message from them after one week, that they want me to post on my Ig not Snapchat.

And I was like ?I already carried out you guys jobs on snap….if u want Ig then wait at my comfortable time. Ever since then dis guy keep asking me to pay them the 50,000 he paid to me. Hey mr man your 50k is absolutely nothing to me rant from now to next year…is your business. Secondly I don’t scam people is not in my my blood.

I hustle hard that some of u had once castigated me but after watching me grow in success then u are bringing small change deal ???. I’m still waiting to see ur worst. You are shouting 50k do u know how much I give people everyday just to assist them without knowing who they are ? Anyways u already had your way enjoy the few hours of fame. Going back to bed cheers ?”