Popular movie director and producer, Lancelot Imasuen, has lashed out at A-list Nollywood actors, accusing them of neglecting the industry that brought them fame and fortune.Lancelot’s outburst is coming days after actress, Rita Dominic, criticized poorly produced Nigerian movies that are being over hyped and pushed to the cinemas to the disappointment of lovers of Nigerian movies.

However, reacting to Rita Dominic’s comment, which has since gone viral on social media, the popular director agreed that not all Nollywood movies should make it to the cinemas. But he, however, frowned at the platform which the actress used in voicing her opinions. “I agreed with Rita Dominic’s statement that not all Nollywood movies should be taken to the cinemas.

But what’s the yardstick for measuring movies that should go to the cinemas? Sometimes, I have gone to the cinema to see different movies when I’m at home. And each time, I discovered that the films are in slow pace and they disconnect,”Lancelot stated. The film director, however, stressed the need for film makers to conduct internal censorship of their movies before taking them to the cinemas.

“We should be very assiduous in building this industry. I have a problem with the platform that Rita Dominic used in airing her opinions. I’m sure she didn’t anticipate the kind of huge reactions that followed her comment. The comment is coming at a time when we are expressing worry that the patronage of our local movies are dropping drastically,” Lancelot stated. Speaking further, the film director blamed A-list actors for their inability to give back to the industry that made them who they are today.

According to him, A-list actors have failed to give back to the institution that brought them into limelight. “A Nollywood star is today one of the most influential people in the world. The same person has bagged national award, MON, mingle with the high and mighty in the society.” He continued, “How have they been able to use the platform that Nollywood provided for them to impact positively on the industry? An average Nollywood practitioner is a selfish person.

Both the movie marketers and the actors are the big brands in Nollywood that have refused to support the growth of the industry. How many Nollywood stars have attracted major government attention to the industry? None, Nollywood has remained an orphan, where everybody comes to harness its potentials but abandoned it to its fate. It’s sad.” “ I don’t expect any Nollywood star to come out and criticize anything Nollywood because they are also guilty of negligence of the industry.

Some of them are feeling too big for the industry that made them. Who were they some years ago before Nollywood gave them the opportunity to shine.” While calling on A-list actors to come together and salvage the Nigerian movie industry, Lancelot who has sojourned in the industry for more than two decades, said there is need for the big brands to give Nollywood a new face. 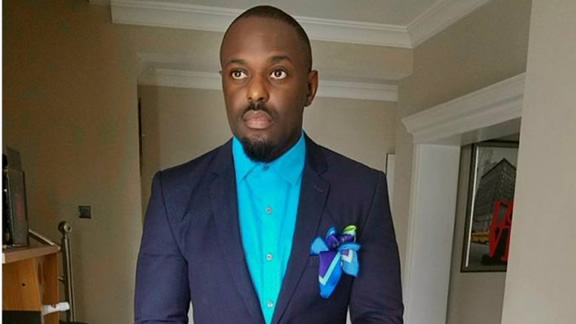 “All the big brands that Nollywood have given so much fame and fortune, including RMD, Omotola, Genevieve, Jim Iyke, Stella Damasus, Kanayo O.Kanayo, Stephanie Linus-Okereke, Eucharia Anunobi among others should come together and give back to the industry. That’s my clarion call to all of them.” The film director also called on core Nollywood heads to come together to see how they can rebuild the industry such that investors can get a good return on their investments. The Edo State-born film director also lamented lack of the government’s support for the industry.

He, however, proposed what he calls, a “Nollywood Summit” , where practitioners and other stakeholders will come together to brainstorm on the way forward for the industry. On the state of the industry, Lancelot said the government has done nothing to protect the local producers. “There is no incentives that we enjoy or any encouragement that the government put in place to see that any film produced in Nigeria survives.

A Nigerian film maker is an endangered specie. He cracks his head every now and then to come up with a story that the audience will appreciate. We need to understand that the environment in which we are operating is so intense that it takes a miracle to even see one film out there” he added.