How Aliko Dangote Moved From 103rd-richest Person In The World To 65th – Now Worth $16.6 billion

Aliko Dangote, President of Dangote Group, has moved from the 103rd-richest person to the 65th-richest in the world, according to the latest ranking on Bloomberg Billionaires’ list. Bloomberg updates list of the top 500 billionaires in the world real time and the latest update saw Dangote maintaining his strong presence in Africa as the continent’s richest man in 8 years. 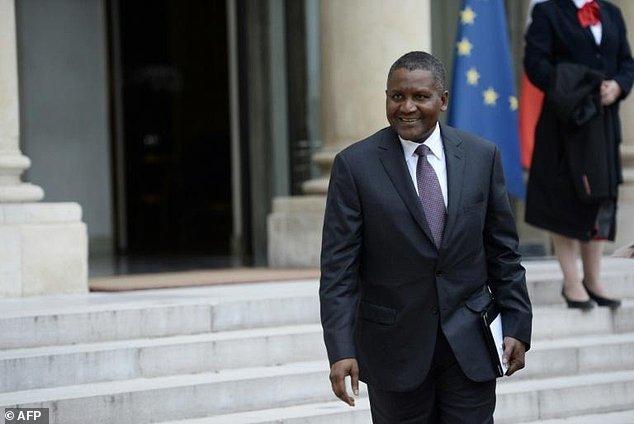 In the latest Bloomberg Billionaires Index, there are just six Africans on the ranking of the world’s 500 richest people, including three wealthiest citizens from South Africa — De Beers heir Nicky Oppenheimer, luxury tycoon Johann Rupert and property and wholesaling mogul Natie Kirsh – with worth about $20 billion combined and the Egyptian brothers Nassef and Naguib Sawiris.

In Nigeria, Mike Adenuga, owner of Globalcom, trails Dangote as Nigeria’s second richest man but not on the list of top 500 richest people in the world by Bloomberg.

How Dangote’s wealth climbed to $16.6 billion

The sudden uptick in Dangote’s wealth happened because of the inclusion of his fertiliser plant valued at $5 billion which contractors are putting final touches to.

Despite shedding about $2 billion from his wealth in 2018 due to bearish run on his stock, according to an earlier estimate by Business Insider Sub-Saharan Africa by Pulse, the fertilizer plant has helped boost Dangote’s net worth.

Bloomberg Billionaires Index is a daily ranking of the world’s billionaires published by Bloomberg News since March 2012. The index tracks the 500 wealthiest people, the biggest movers and fortunes around the world. It did not include the 61-year-old billionaire’s refinery fortune in calculation because it is still under construction.