A pastor, Joesph Ojo, has been arrested for allegedly using his church as a rehabilitation centre for mentally ill people, including people suffering from various ailments and those involved in different forms of social vices. The PUNCH gathered that Ojo was arrested after 12 allegedly ill people…READ MORE>>> 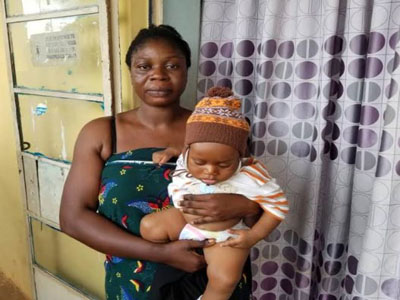 A Lagos resident has been arrested by the police for alleged baby theft in Ogun State. Falilat Olatunji, a resident of 23 Jawando Street, Ayobo in Ipaja, allegedly sneaked into a woman’s room at Iyana Lajola, Mile Two, Abeokuta and stole…READ MORE>>>

Tension has now gripped the residents of Akure, Owo and other major towns in Ondo State as members of the dreaded Boko Haram sect plan to attack some banks in the state on Friday. Indication of the planned attack was revealed in a document purportedly addressed to the state Commissioner of Police, Mr Undie Adie, by a security agency…READ MORE>>>