Muhammed stated this in an interview with GateTV the clip of which was posted by Social Naija on Twitter. 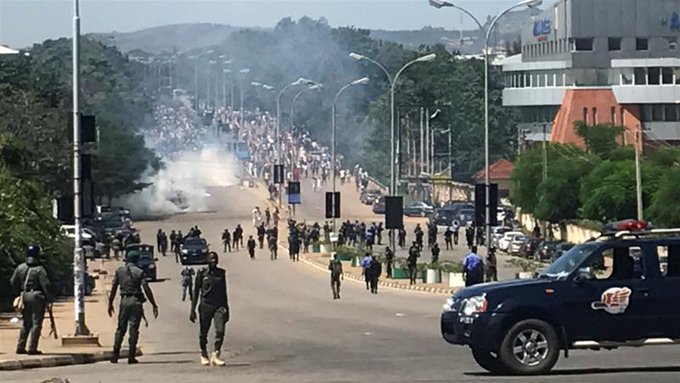 In the 1:59 video clip, the son of the late dictator said the IMN members had been known for their lawless activities in Kaduna State, their stronghold.

“There was a time Shiite members blocked the convoy of the Chief of Army Staff or the convoy of the state governor, I can’t actually remember now. One of them called El-Zakzaky and told him to come and talk to his people.

“You want us to leave such a monster, a group that can not be controlled by their leader? Muhammed Abacha asked.

He was a 23 yo Youth Corper serving with Channels TV who was shot during the Shiites vs Police clash in Abuja.

A Deputy Commissioner of Police, Usman Umar was also killed.

May their souls rest in peace. https://t.co/JlicttcRo9

He also revealed that nobody could drive pass the house of El-Zakzaky in Zaria, “Ask Mukhtar Ramalan Yero when he was the governor. There was a time the governor had to park by the side where he barricaded the road to treck and pass through.”

He accused the IMN leader of his total disregard to the rule of law before he was arrested after his encounter with soldiers on the convoy of the Nigerian Army Chief of Army Staff.

Rest In Peace to all those who have died from the Shiites VS Police clash.

The government can do better!!!pic.twitter.com/skvdPaLRYR

He accused the Shiite leader of forming his own government within a constituted authority, “He doesn’t listen to anybody, he doesn’t follow the rule of law.”

He condemned the activities of the group saying, “They protest every day to infringe on the rights of other innocent Nigerians.”

El-Zakzaky has been in detention since December 2015 when he was arrested after members of his group clashed with soldiers. 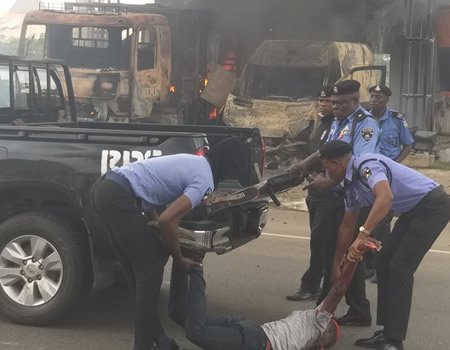 Muhammed Abacha who overwhelmingly supported President Muhammadu Buhari for a second term said the IMN group should be dealt with according to the stipulation of the law.

He described the group as a threat to National Security.

The group has also vowed to continue with their protest until their leader regains his freedom. During their July 22, 2019 protest in Abuja, more than 10 people reportedly lost their lives.