Force Public Relations Officer Frank Mba has urged the general public to remain calm after the members of the Islamic Movement of Nigeria (IMN) clashed with the police Monday in the Federal Capital Territory Capital, Abuja. 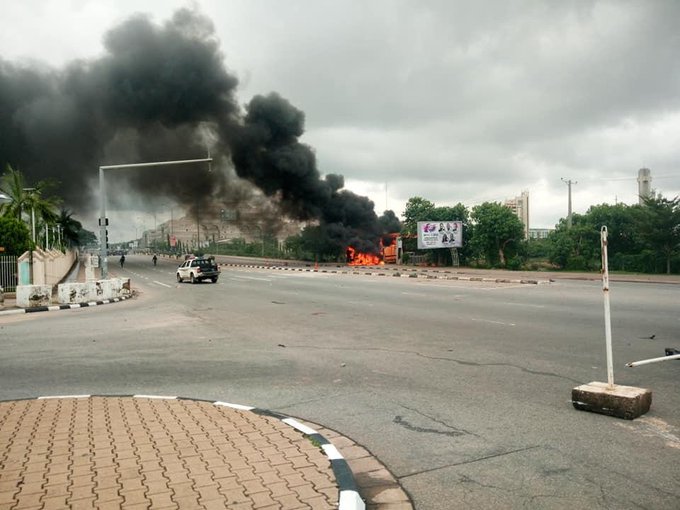 The group which is better known as Shi’ites is headed by Sheikh Ibraheem El-Zakzaky. He has been in detention since December 2015 alongside his wife after IMN members reportedly barricaded the convoy of the Chief of Army Staff, leading to the death of some Shi’ite members.

The Nigeria Police Force via its Twitter page alerted Abuja residents about the demonstration which it described as “violent”.

The protest occurred at the Central Business District and the Three Arms Zone. He promised Nigerians that the Police were taking adequate measures to bring the situation under control.

Later in the day when it was reported that the emergency van of the National Emergency Management Agency (NEMA) was set ablaze, the police tweeted that citizens were advised to remain calm and avoid the affected areas in the interim. 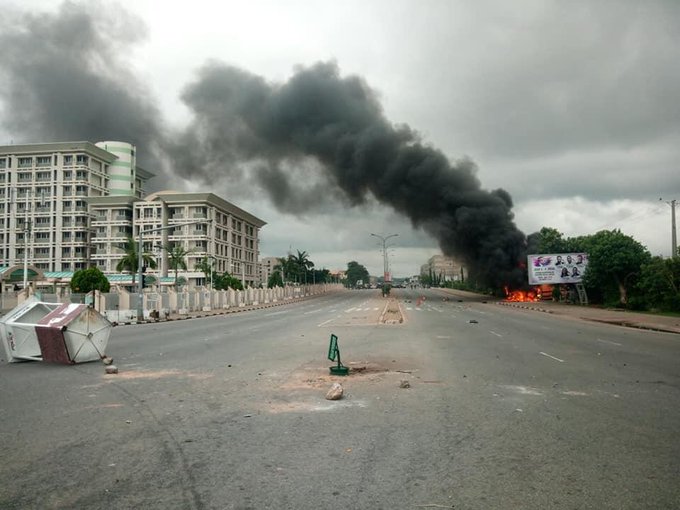 The IMN leader has won several court cases ordering the government of President Muhammadu Buhari to set him free. But none of the court orders has been obeyed.

They have also taken their protests to some Nigerian embassies abroad.

Citizens are advised to remain calm and avoid the affected areas in the interim. The Police will keep the public abreast with further development.

PSA: There is a violent protest currently ongoing by members of the El-Zakzakky Group in some parts of the FCT – particularly the Central Business District and the Three Arms Zone. The Police are taking adequate measures to bring the situation under control.

He cautioned the government that the group may metamorphocise to another terrorist group if their leader died in detention.