Tom Awhana, the former Head of Chambers for the Law Office of Mr. Mogbeyi Sagay, a late Senior Advocate of Nigeria (SAN) was on arraigned on Friday at an Ikeja Special Offences Court for stealing N188.7 million belonging to the law firm of the late senior lawyer. 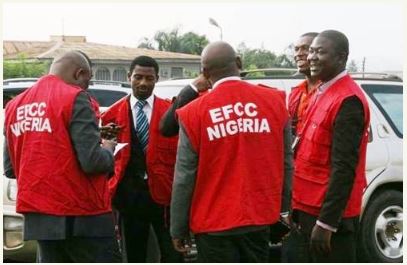 Awhana was arraigned alongside Paul Okoro a former lawyer in the law firm who is also accused by the Economic and Financial Crimes Commission (EFCC) of stealing N3.6million from the firm. Awhana and Okoro pleaded not guilty to a joint charge of conspiracy to steal.

Okoro denied the charge of stealing while Awhana pleaded not guilty to a 16-count charge of stealing. According to the EFCC, Awhana was the Head of Chambers of the law firm of Mogbeyi Sagay and Co. from 2010 to 2018. Sagay his Principal, died in 2012.

According to reports, he was made signatory to the law firm’s Zenith Bank Account alongside three administrators of the late SAN’s estate. It was allegedly mandated that three persons out of the four administrators can withdraw from the bank account with the cheque booklet of the Zenith Bank account in Awhana’s possession.

The prosecution said that unknown to the staff of the firm, other administrators and the consultant to the law firm, Awhana opened other secret bank accounts in the name of Mogbeyi Sagay (SAN) and Co. in FCMB, Union Bank and Heritage Bank Plc.

According to the EFCC, the offences contravene Sections 287 and 409 of the Criminal Law of Lagos 2015. Following the plea of the defendants, Mr. Rotimi Oyedepo, the lead prosecuting counsel for the anti-graft agency, requested for a trial date adding that the court should impose stiff bail conditions on the lawyers. 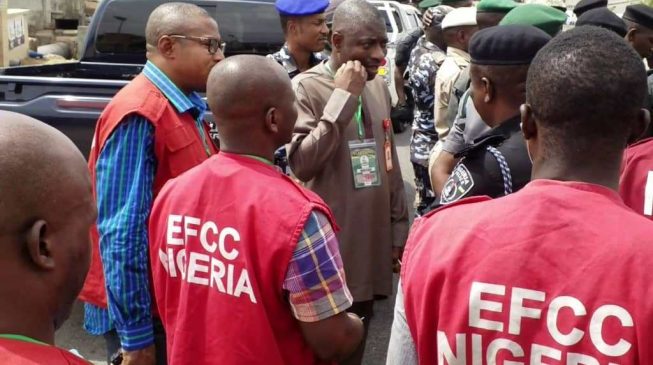 “I have discussed with my learned friends, I will leave it to my lordship to impose bail conditions that will make the defendants available in court throughout this trial,” Oyedepo said.

Ms. Oluwaseun Olusiyi, the defence counsel to Awhana, via a bail application dated May 17 asked the court to grant him bail in self recognisance.
“The first defendant is a legal practitioner of high repute and negotiations towards an amicable resolution are underway with the complainant. He was the Head of Chambers of the firm,” Olusiyi said.

Justice Mojisola Dada in a short ruling noted that settlement talks were ongoing between the complainant and the defendants.
She ordered that as a bail condition, Awhana and Okoro should submit their international passports to the court.
“The defendants shall however submit their international passports pending the determination of this suit. They shall be remanded in prison custody till the perfection of their bail condition. This case is adjourned until June 4 for trial,” she said.
Kindly share your comments on this in the space below.
Source: Tori.ng
#EFCC arraigns two lawyers in court for stealing N188.7m from dead boss2Mogbeyi SagayPaul OkoroRotimi Oyedepo