TRUTH IS OUT! See Why Palmwine Seller Kill Son And Poison Friends After Drinking

The Nigeria Police Force in Enugu State have arrested a palm wine tapper, Camillus Onah, (75), over the death of his son after allegedly drinking his product, the Public Relations Officer of the Police Command, SP Ebere Amaraizu, has said. In a statement signed in Enugu, SP Amaraizu said the incident occurred in Ebor Village in Ehalumona community in Nsukka Local Government Area on April 24.

The statement read: “A 75-year-old palm wine tapper identified as one Camillus Onah from Ehalumona community in Enugu State is now in hot soup over an alleged death of his son, identified as one Nnabuike Onah, after taking his tapped wine.

“It was gathered that on that fateful day, the deceased alongside his friends allegedly bought palm wine from the suspect (his father) and went to a nearby corner for relaxation.

“It was further gathered that shortly after drinking the said palm wine, the deceased and friends started stooling blood.

“Consequently, the deceased became unconscious alongside his two friends, identified as Ostia Eze and Obetta Akeke, after complaining about stomach upset. 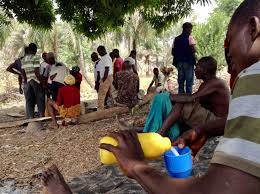 “As the issue become severe, the deceased and his friends were rushed to a nearby hospital where a doctor on duty later confirmed the deceased, Nnabuike Onah, dead.’’

Amaraizu said that the two others were still recovering in the hospital.

According to him, the Commissioner of Police in the state, Sulaiman Balarabe, has ordered full scale investigation into the incident.

Amaraizu said that the palm wine tapper had been assisting police operatives in their investigation. 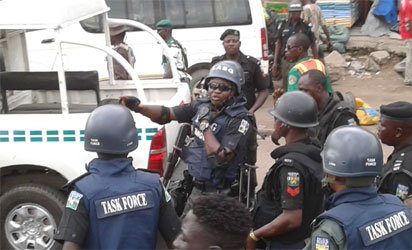 He added that the corpse of the deceased had been deposited in a mortuary for medical examinations.