Unbelievable! How Bricklayer, Two Others Stole Human Parts From The Church’s Cemetery

A bricklayer identified as Kunle Adewunmi, who is said to be a specialist in breaking into cemeteries to steal human body parts, was arrested alongside his two accomplices in Abeokuta, Ogun State. According to reports, Adewunmi and his accomplices were arrested last Saturday shortly after a female member of the Odua People’s Congress (OPC), raised alarm after she caught the men digging the grave. 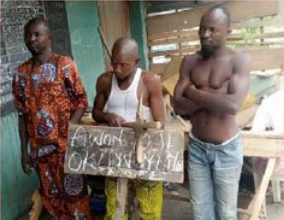 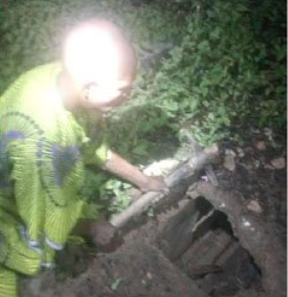 Upon interrogation, the suspects confessed to supplying the human parts to a trader at the Itoku market in the state. The trio has since been charged to court.