Agents of the Ogun State Police Command have captured two Pastors, Chukwuka Stephen and Ejim Stephen, for purportedly executing their brother-in-law, Peter Chukwuyem, in the Papa-Ibafo zone of the state.

The state Police Public Relations Officer, Abimbola Oyeyemi, said in a Statement on Thursday that the suspects, while living with Chukwuyem, were using the frontage of his house to conduct church services.

He stated that Chukwuka and Ejim became disillusioned when Chukwuyem prevented them from leading faith gatherings in the frontage of his home, including that when the victim went to the farm, the siblings supposedly waylaid and executed him. 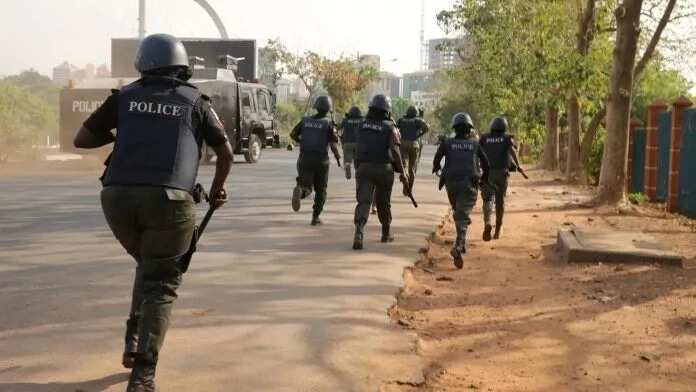 “The victim, who was married to the elder sister of the two suspects, brought them from their village in Delta State to Papa-Ibafo in Ogun State, where they lived with the couple for some time. While they were living with the deceased, they were using the frontage of his house for their church activities, but when their conduct was no longer pleasant to their brother-in-law, he sent them away from the place, which led to them nursing animosity against the deceased.

“On Tuesday, February 5, 2019, the deceased went to his farm with two of his teenage daughters in the morning and met the suspects on the farm. Because of the presence of the two girls, the suspects were unable to do anything to him for fear of being exposed.

In the evening of the same day, the deceased went back to the farm alone and the suspects, who had been waiting for him on the farm, accosted him and butchered him to death.”

Oyeyemi said when it was getting late and the deceased was mysteriously gone, his wife followed him to the farm and discovered his corpse. 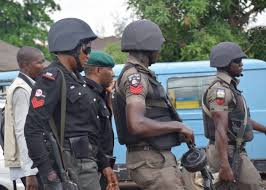 He expressed that the police captured the suspects after the daughters of the deceased informed them that they saw Chukwuka and Ejim on their dad’s farm in the early hours of the day.

He added that amid cross examination, the suspects owned up to the wrongdoing.

The PPRO said, “It was when the deceased didn’t return on time that his wife traced him to the farm and found his dead body. She subsequently went to the Ibafo Police Station, where she lodged a complaint.  The two brothers were later arrested by the police at Ibafo based on the accounts of the two daughters of the deceased, who informed the police that they saw the two suspects earlier on their father’s farm. “On interrogation, the suspects denied killing their brother-in-law, but when they were confronted by the two daughters of the deceased, they confessed to killing the deceased on his farm, because he deprived them the continuous use of his frontage for their church activities. “The corpse of the deceased was subsequently removed and deposited in the General Hospital mortuary for post-mortem examination.”

Oyeyemi added that the Commissioner of Police, Ahmed Iliyasu, had ordered the immediate transfer of the suspects to the homicide section of the State Criminal Investigation and Intelligence Department for proper investigation and prosecution.