BBNaija: ‘Esther Sha Wants To Kill Frodd’ – Fans React To What Happened As They Reunite (VIDEO)

It was a wonderful feeling for Big Brother Naija finalist, Frodd as he reunited with his love interest, Esther weeks after her eviction from the house. 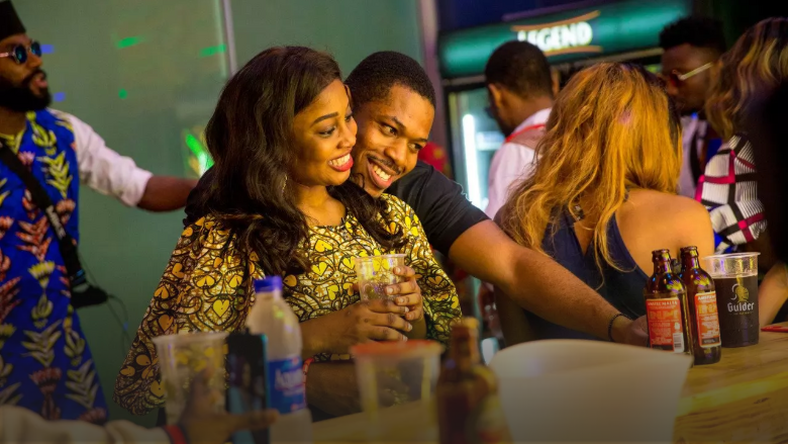 The last Saturday Night party of the season was a thrilling one, especially with the surprising dynamics. Biggie had brought back the ex-housemates to celebrate with the finalists a day before the end of the season. When Frodd saw Esther, he was starstruck. He, however, couldn’t touch or dance with her as there was a barricade placed in the room. He kept looking at her. At a point, she even tw&rked for him.

Fans who saw the two made hilarious comments about them and here are some gathered:

Lmao Seyi tapped Frodd to see Esther😂😂😂😂😂 Mercy came to check his temperature!!! That boy will not sleep today!! Esther has finally killed him #BBNaijaparty pic.twitter.com/R8vQQN5xc3

Frodd as he discovers that there’s a barricade between the finalists and the evicted housemates.

Frodd’s common sense has gone as he saw Esther.
Mercy and Ike Looking at each other like this#BBNaijaparty#BBNaija pic.twitter.com/VQTFulLckw

Frodd watching Tuoyo and Nelson rocking Esther, while he can't touch or dance with her #BBNaija #BBNaijaparty pic.twitter.com/v27711lNtb

Frodd is a real woman wrapper sha. So he can’t dance again because he has seen Esther? He wants to die? #BBNaija