Emotions ran high during Sunday’s eviction in the BBNaija reality show as Venita had to end her quest for the N60 million star prize untimely.

As announced by Ebuka Obi-Uchendu, host of the live eviction show, Biggie’s hammer descended on Venita , and she had to leave the house after gathering the lowest votes. 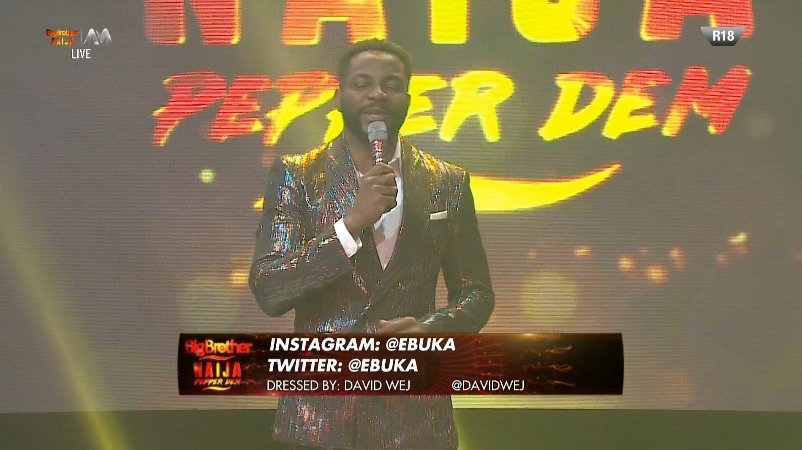 Recall that for some weeks now, the nomination rounds had been taking a different turn as Biggie introduced one of his numerous twists dubbed the ‘Nomination Challenge’.

Just when the housemates were getting comfortable with the system, Biggie surprised them all by reverting to the old system where each housemate had to nominate others for eviction.

We surprised the #BBNaija Housemates and brought back the old style of Nomination. Whose Nomination shocked you?https://t.co/BpnjUaUvJD pic.twitter.com/XXajyZCkRw

At the end of the nomination rounds, Frodd, Venita, Seyi, Elozam, and Omashola were up for possible eviction. Fortunately for Seyi, he had the Veto Power and he decided to replace himself with Khafi.

The other nominated housemates survived the eviction show by being able to gather enough votes from their fans to ensure they remain in the house for at least another week.

This brings the number of evicted housemates to a total of 15 with Sir Dee, Esther, Jackye, Gedoni, Enkay, Joe, Jeff,  Thelma, Nelson, Tuoyo, Kim-Oprah, Ella, Avala and Isilomo already out of the show.

Do you think tonight’s eviction was fair?

Tell us what you think in the comment section.