BBNaija: ‘If Tacha No Win, I’ll Give Her The Money’ – Peter Of PSquare Blows Up Social Media

As the Big Brother Naija 2019 show is currently on, fans and celebrities have taken to social media to show their love and support for their favorite housemates. Half brother of the former Psquare duo, Peter Okoye has also shown his support for Tacha after being provoked by fellow housemate, Joe. Recall that in July, shortly after the show started, Peter had surprised everyone by revealing who his favorite housemate was among the housemates. He took to social media to show his support for Tacha after being nominated for possible eviction that week. After a post was shared by Tacha’s social media handler pleading on fans to vote for her to remain in the BBNaija house, Peter Okoye took to the comment section to reply saying; “We Die Here #teamtacha” . 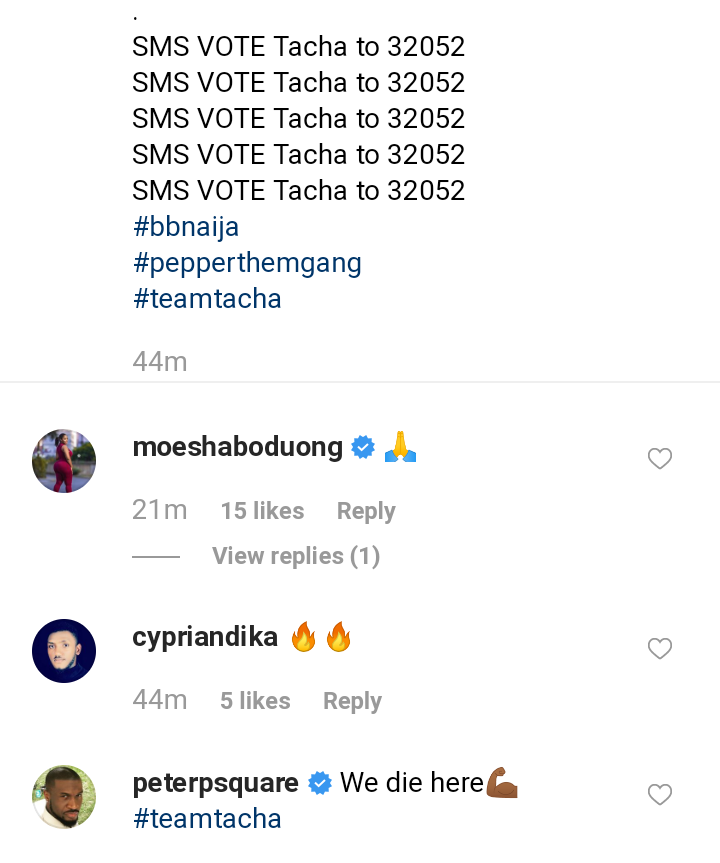 He has reiterated his support again a month after by promising her the best thing yet. While he was on Instagram Live on Friday, August 9, he was heard saying, “If Tacha no win, I’ll give her the money.”

Team tacha look what i came across 😍😍😍💃..#bbnaija pic.twitter.com/MDcN9MD6mf

That sure is great news for her camp. More wins!