Mavin Records boss, Don Jazzy has reacted to the fight between Tacha and Thelma in the 2019 BBNaija house on Tuesday afternoon.

Both housemates had earlier gone physical, exchanging words and fists at each other during their lunch hour. Food portion (fish) was believed to be the reason for their fight. 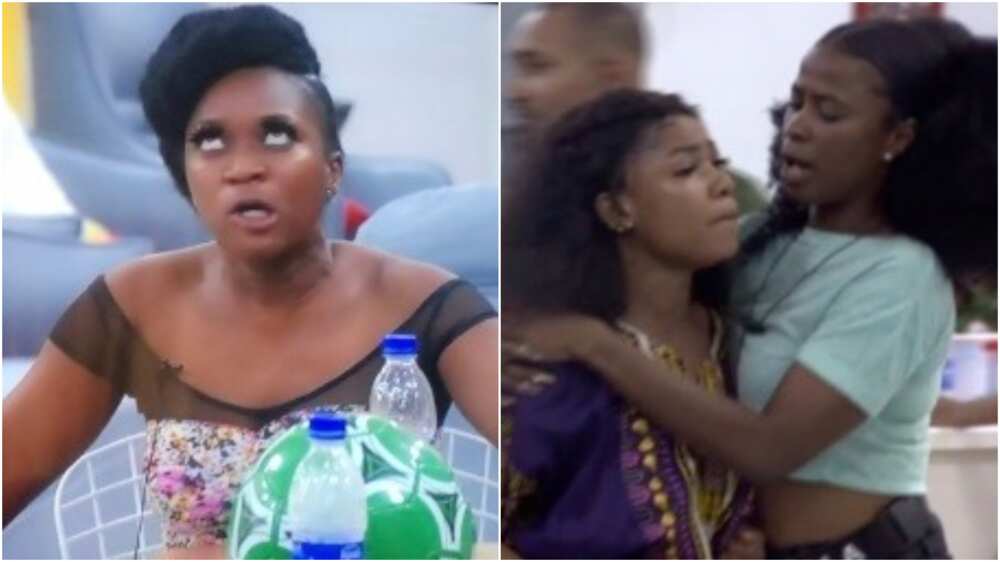 It started after Tacha dished meals for everyone and settled to eat but a dissatisfied Thelma complained about the portion which she got. Angered by her ungratefulness, Tacha picked offense and the two got into a heated exchange of words. Insulting words including ‘dumb’ and ‘fool’ were thrown across the room between the two ladies who seemed to be completely irritated by the actions of each other.

I think Thelma is just having fun ooooo but Tasha is not seeing that but like the guys are showing more concern for Tacha sha.. #bbnaija #bbnaijaupdate #bbnaija2019 #bbnaijafans #bbnaijahousemate #bbnaija2019housemates

Ghen Ghen the drama is on!!! Tacha and Thelma have opened the floor with their first ‘fight’ in the house 😁#bbnaija #bbnaijapepperdem #AkpraiseMedia pic.twitter.com/lgE8MA4JmH

Reacting to the fight, Dan Jazzy who has been following the programme took to twitter and this is what he had to say.

Thelma just said she didn’t see the fight coming. I thought she said she did it on perpose? 🤔🤔 #bbnaija

Is Don Jazzy now saying Thelma is a liar?