Alex Unusual, the funniest housemate of the Big Brother Naija 2018 season, the one who successfully created many funny and no dull moments at the show, has revealed that she might be getting ready to marry sooner than you think.

During the course of the reunion show, Alex experienced a couple of intense emotional breakdown in the heat of arguments with other housemates. The dancer, host, model and writer who was the third runner-up of BBNaija: Double Wahala, clearly stated that contrary to popular opinion, the men she was paired with did not contribute immensely to her long stay in the show.

According to her, although she had a good run with Leo and Tobi while the pairings lasted, they did not make her, rather it was her personal choices and decisions that took her to the finals. The 23-year-old was first paired with Leo at the beginning of the show which blossomed into an emotional relationship. Thereafter, she was paired with Tobi which fast became the fans favourite ‘Tolex’. There was a clear difference in Alex’s behaviour with the two men especially since she was more expressive when paired with Tobi in the house.

When the host, Ebuka Obi-Uchendu asked her if Leo confined her, she said although she is a naturally expressive person, Leo usually advised her to let things go or does not notice things she complained about. Meanwhile, with Tobi, she could express herself better. She also noted that he was a good support system for her while the show lasted.

She said: “My friendship with Tobi was just there. At least it was fun. He understood me to a great extent and there were times when I couldn’t go on, I wanted to give up and he was there. It was cool having someone that saw things the way I saw them and allowed me to express myself (much more than Leo did). With him, I wasn’t having to hold a lot of things back because when I tell him, he will be like, ‘I even noticed it myself’”.

Still, she insisted that she did not want a romantic relationship with Tobi when Ebuka asked her if she would love them to be “more than friends.” She replied, “I won’t say I wanted more. Being very close friends, I don’t know what more I would have wanted when you are very close friends. I don’t want to date Tobi.” 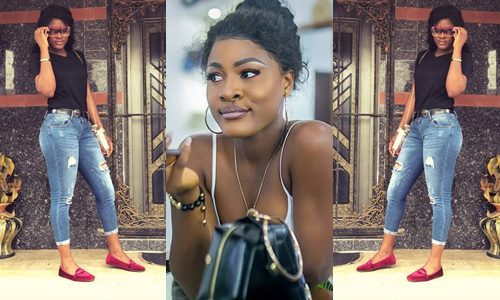 Ebuka also asked if she felt like she betrayed Leo seeing that she immediately paired with Tobi despite crying when Leo was evicted. Alex said, “No, there is one thing I want to get cleared; for me, I don’t think I betrayed anybody or I hurt or did anything bad to anyone in the house. I actually feel like everyone that came close to me, I helped or I positively influenced their lives in and outside the house.”

Funny enough after making all these claims, Alex experienced a couple of intense emotional breakdown during the reunion show. The last episode of the reunion show premiered on Sunday, March 31, 2019 and ex-housemates of the 2018 season of the BBNaija reality show gathered round for one last time to talk about their experiences and personal issues against one another back when they were in the house.

Nina on her own part, defended the story and further disclosed that Miracle told her about the sxx escapade story which Tobi leaked to him. She further disclosed that the conversation started off after Cee-C whose room was quite close to Tobi’s hotel room, told her she heard ‘so much things’. However, the whole revelation made Alex breakdown on the show, and she also walked out. She also threatened to break the camera when followed by the cameraman. 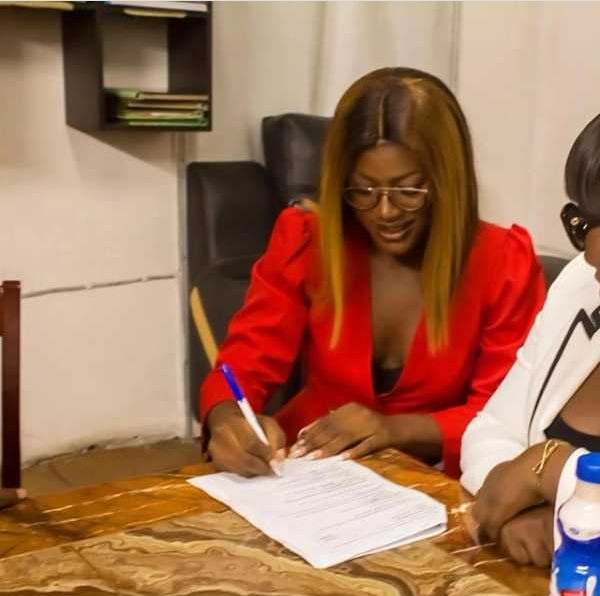 The heat was obviously too hot for Alex as she eventually deactivated her Instagram page. At that point, it seemed like that was the best action for her to take as she was bombarded with different hate messages from fans who had looked at her as ‘innocent’. However, not long after this, Alex bounced back. She has continued to be up and doing in her chosen field.

In a recent interview with The Nation, she opened up and revealed how she suffered a lot of backlash from people. She said:  “Well, whether you are a celebrity or not, you get backlash from people knowingly or unknowingly. It just happened because mine is in people’s faces because this is what people go through every day but if I have to go through all these to set examples and be of good influence to people’s lives, why not? I can be the sacrificial lamb. I don’t mind. A lot of people are also going through this but I feel like at this point, I’ve seen everything that there is to see. There’s really nothing more that can happen that will shake me so much as at when I came out of the house till now. I am solid and will never fall by God’s grace. Before Big Brother, I already started to have backlash because in my school, I was popular to a great extent. And whenever you’re popular, a lot of people have opinions about you. So, in school already, they have opinions one way or the other. I think I’ve been used to people having opinions in my life – from my nursery school – because everywhere I go, I am always one of the top, either academically or personality wise. So I’ve been having backlash right from day one, although this one came with a bigger hit.” 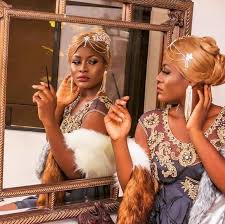 When asked on her present relationship with men, she revealed that she doesn’t see men who send dms professing love to her as serious. She went on to reveal that before “Big Brother, if you asked me, I would have told you at 22 years because I want my child to look like my sister and close to Big Brother, I extended it to maybe 24. So, as it is now, I can even just be talking to you and just say six months, you hear Alex is getting married. If I see someone that I’m ready to spend the rest of my life with in the next one day or two days, fine.” 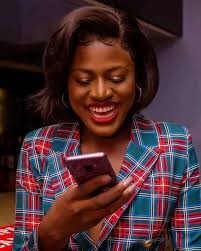 We are so excited and can hardly wait. Alex is young, smart, beautiful and full of ambition. She is definitely not stopping anytime soon as she keeps making new moves everyday. Nigerians have labeled Alex as a trouble maker, a liar and a pretender but she isn’t letting that stop her shine. Though very young, Alex is a shining star that any man would be lucky to have in his life. We are so sure that if Alex gets married in six months, most Nigerians, even her fellow housemates would be surprised! That said, get ready, because we are so sure Alex’s upcoming wedding would leave you shocked!