Loss of lives was averted on Saturday May 25, 2019, after a tanker loaded with petrol collided with a truck on the Lagos-Ibadan Expressway . The Ogun Command of Federal Road Safety Corps (FRSC), Corps’ Route Commander, Florence Okpe explained that the accident involved four persons with two injured, and no death recorded.

Okpe disclosed that the accident involved four persons with two injured, and no death recorded. “A tanker with registration number LND-437 XC conveying PMS collided with a truck marked LRN-981 ZA around the Redeemed Christian Church of God’s youth center gate, Mowe, on the Lagos-Ibadan Expressway, blocking the entire carriageway into Lagos.“The tanker has spilled its contents on the expressway and both trucks blocked the entire access road. 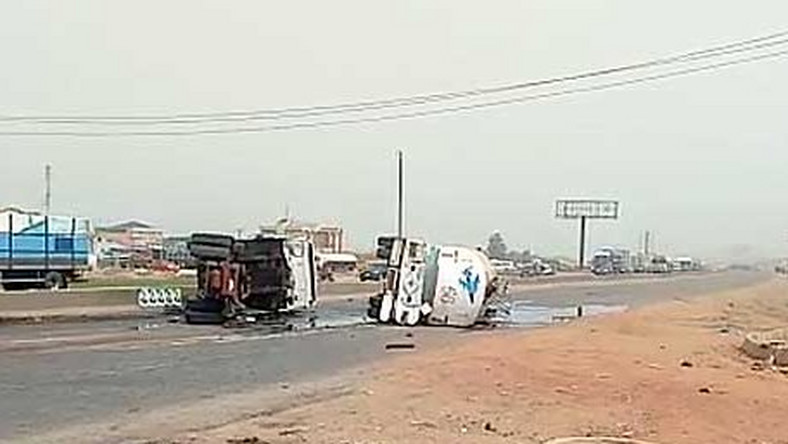 She added, “The RCCG and Sagamu fire services have been contacted, as standard practice, before transloading and removal of the fuel tanker were embarked upon.“Also, Julius Berger Plc has been contacted to open the blocked section around the area, where they are currently rehabilitating, to allow vehicles have access as the gridlock has spread towards Kara near Sagamu”. 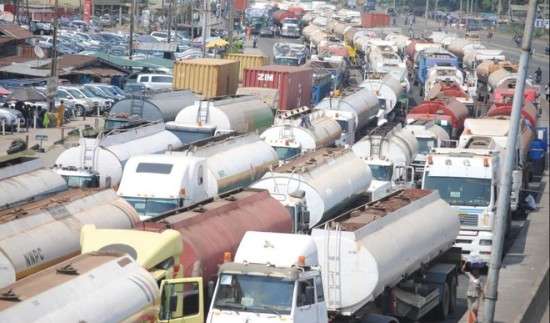 Okpe urged motorists to use the Lagos-Sango-Ota-Abeokuta, Epe-Ajah-Ijebu Ode, and Ikorodu-Sagamu roads as alternative corridors pending when the two vehicles would be removed to avoid being trapped in the gridlock.